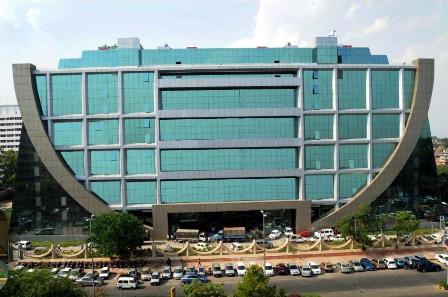 New Delhi: A 2009 batch UP cadre IPS officer, handling sensitive corruption-related cases, was shunted from the Anti-Corruption Branch (ACB) of the Central Bureau of Investigation (CBI), following serious charges relating to personal behaviour and alleged multiple extra-marital affairs. The complaint was filed by his wife, a Superintendent in the Customs, with the Ministry of Home Affairs last fortnight.

Soon after the complaint, the IPS officer, posted as Head of ACB in Chandigarh, was stripped of the field post and transferred to headquarters in the Personnel Department, New Delhi. Besides the Home Ministry, the complaint was also sent to the CBI Director and the Chief Minister’s Office in Uttar Pradesh.

This IPS officer, who was allegedly having an affair with a wife of an IAS officer, was stripped off the coveted post of SSP Ayodhya on similar charges, and attached to the DGP’s office in Lucknow in 2018.

He was also involved in a similar controversy when he was posted as SSP Jhansi, the complaint sent to MHA reveals.

Asked about the complaint against the said IPS official, the spokesperson of the CBI did not divulge any detail but confirmed that the officer has been posted in the Personnel Department of India’s premier investigation agency.

In the complaint, reviewed by the IANS, the wife of the IPS officer has alleged that she had electronic evidence including photographs and chats to corroborate her charges.

She alleged that the IPS officer travelled in government vehicles and had met different women in various hotels innumerable times. The complaint says a written apology by the IPS officer was tendered in an affidavit in 2018 when she confronted his parents with documentary evidence. However, the amorous behaviour of the police officer continued.

The trigger point, which compelled her to file a complaint against her husband, struck early last month when she discovered the IPS officer was having a live-in relationship with a divorced woman in Chandigarh.

As per her complaint, she found her husband meeting his live-in partner at a five star hotel in Chandigarh. In certain documents, the live-in partner was mentioned as ‘wife’ by the IPS officer, the complaint says.

IANS tried to contact the IPS officer to know his side of the story but he did not respond to the calls.

According to a senior DGP-rank officer, such complaints relating to personal conduct of officers are taken seriously by the government, particularly by the cadre controlling authority. The All India Service Conduct Rules clearly mention that any officer (IPS/IAS/IRS/IFS and others) would not indulge in any act of adultery or moral turpitude.