Irani targets Rahul for remarks on hospital for Odisha 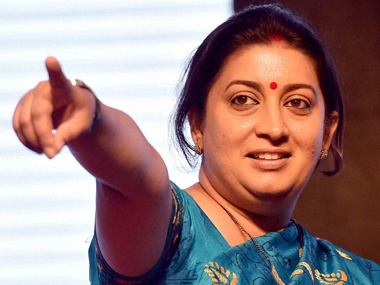 Bhubaneswar: Union Textiles Minister Smriti Irani on Tuesday targeted Congress President Rahul Gandhi for his remarks on the issue of setting up a multi-specialty hospital in Odisha.

“Congress party’s claim that they are for development is ironical. The Congress President even failed to ensure health services for the voters and citizens of Amethi (the constituency of Gandhi),” Irani told reporters here.

Gandhi had attacked Prime Minister Narendra Modi, alleging that he had failed to keep his promise of establishing a multi-specialty hospital in Rourkela.

He said Muktikant Biswal, a resident of Muktikanta, walked 1,350 km to Delhi to remind the Prime Minister of his poll promise.

Underlining that the Central government had announced the Ayushman Bharat scheme in the last budget, she hoped that the Odisha government would respond to the health needs of the people of the state and diligently ensure that the health scheme was implemented at the grassroots.

The Union Minister said the Bharatiya Janata Party (BJP) would achieve its mission of securing more than 120 seats in the Odisha Assembly elections.

She said the overwhelming support of the people of the state would help the party achieve its goal.

“There are indicators of failure in health, education and law and order in Odisha. On the other hand, there is good governance by the BJP in other states. The BJP will achieve its goal due to these indications of failure,” she added.

National BJP President Amit Shah has set a target to secure 120+ seats in the 147-member Odisha Assembly in the 2019 elections.

Irani also criticised the Congress party for imposing Emergency, which she termed a “Black Day” in the history of Indian democracy.

She also remembered the contributions of intellectuals, freedom fighters and leaders from Odisha in safeguarding democracy during the 1975 Emergency.

“After 43 years of Emergency, people should remember it and it should be a day of pledge so that history is not repeated,” said Irani. (IANS)