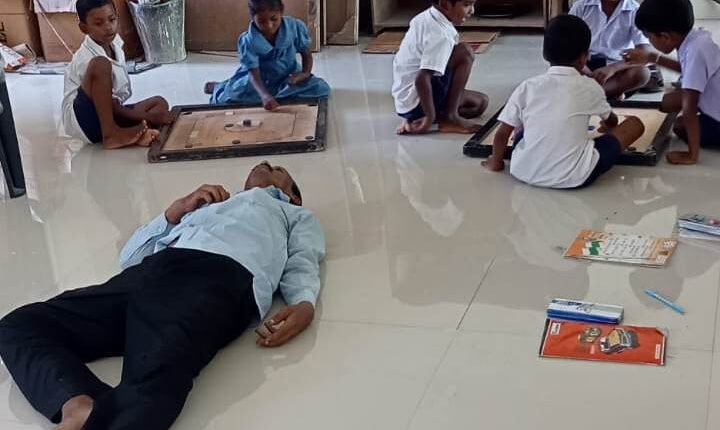 Sundargarh: Enraged over inaction by school authorities against a teacher, who used to create ruckus in inebriated condition at a primary school, the irate locals locked the educational institution here in the district.

The incident was reported from the state-run primary school at Kisanpada under Lephripada Block in Sundargarh.

According to reports, Assistant Teacher Pradeep Kumar Patel was continuously found drunk affecting the sanctity of the school.

Allegedly, he used to misbehave with the school children and sleep on the floor. Opposing such behaviour and act of indiscipline, the villagers had dragged the attention of the school headmistress Smita Pandey in this regard many a time and lodged a complaint with the Block Education Officer (BEO) demanding appropriate action against the drunk teacher.

However, despite repeated allegations, the school authorities did not pay heed to it.

On Thursday, Patel was heavily drunk and started scolding the students for no reason. On receiving the information, his son reached the school and assaulted him physically for such behaviour.

Expressing anger over the incident, the villagers locked the school and went away with their children.

Despite request by the headmistress, the villagers did not unlock the gate following which she approached the Cluster Resource Centre Coordinator (CRCC) Salil Kumar Patel and Lephripada Police Station IIC Sumant Kuma Nayak for assistance.

After getting the information, a team of police reached the school and rescued the headmistress as well the teacher.

The CRCC has submitted a report to the higher authority over the issue. Sources said that the teacher will be placed under suspension for the alleged misconduct at the school.