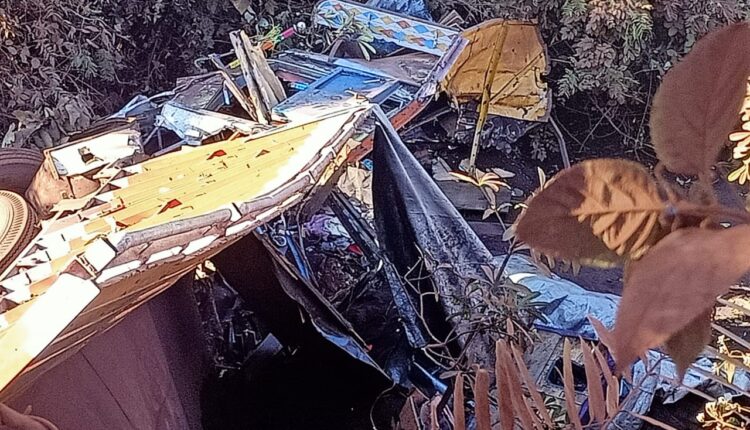 Barbil: A truck driver was killed after the vehicle fell into a gorge near KP Takurani Iron Ore Mines under Barbil police limits in Keonjhar district today.

The deceased driver has been identified as Prakash Jena (29), a resident of Rekutia village near Anandapur area in the district.

According to reports, the iron ore-laden 14-wheel truck plunged into a 20-ft-deep gorge after hitting a security outpost due to brake failure in the morning.

The driver was found trapped under the iron ore and the truck was completely damaged in the incident.