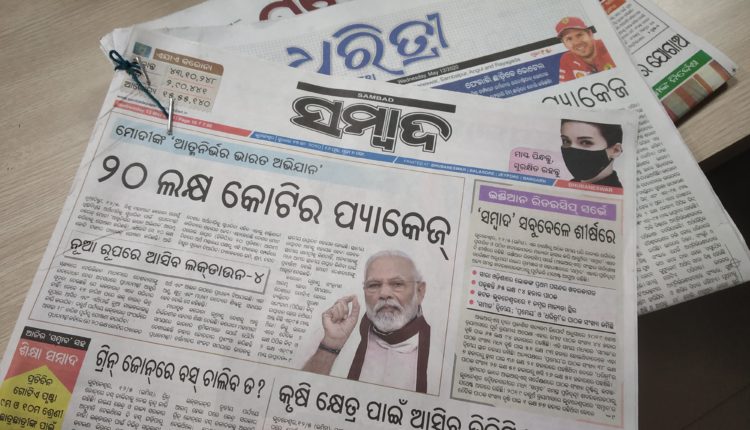 However, other leading dailies including ‘Samaj’, ‘Prameya’ and ‘Dharitri’ witnessed a sharp fall in Q4 readership survey by the IRS for the year 2019.

Meanwhile, the vernacular daily Sambad continued to be placed in top position in Bhubaneswar-Cuttack Twin City among all the Odia newspapers.

Similarly, Prameya and Dharitri slipped to third and fourth post in terms of daily readership in Twin City.

In national scenario, ‘The Times of India’ and ‘Dainik Jagaran’, ‘The Telegraph’, ‘Lokmat’, ‘The Hindustan Times’ and ‘The Hindu’ are some of the newspapers whose readership rose significantly in Q4 despite sluggish economy.

While Dainik Jagaran and Times of India top the list of the most-read Hindi and English newspapers as per Q4 of IRS 2019, the readership data by Media Research Users Council (MRUC) India revealed that the daily readership is on a slow decline.

Besides, Daily Thanthi, Telegraph, Lokmat, Hindustan Times and the Hindu witnessed a rise in readership even in the slow market.