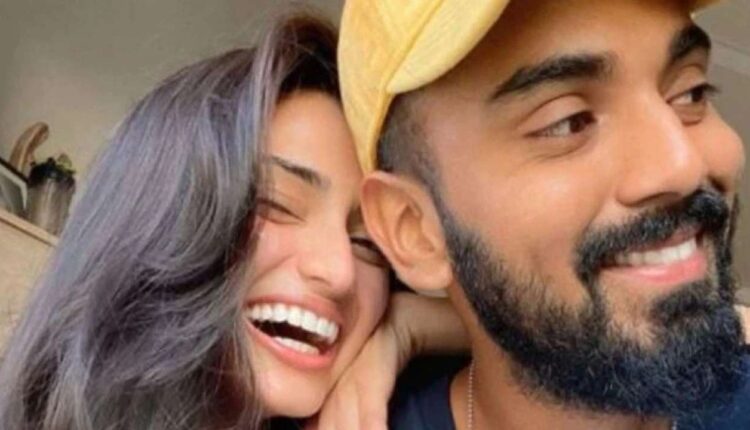 London: Bollywood actress Athiya Shetty — who is rumoured to be having a strong bond with cricketer KL Rahul, currently touring England with the Indian side — has posted a picture on social media hinting that she too is enjoying the balmy English weather.

Athiya posted a picture of a teacup on Instagram early on Sunday morning and tagged Rajal Arora, the senior producer of the Board of Control for Cricket in India (BCCI), captioning it, “bless you. @rajal_arora (heart)”.

The post has left Athiya’s fans guessing whether she too is enjoying the cricketing action in England.
In April the Bollywood actress had shared a heart-warming birthday message for KL Rahul. Athiya posted a string of pictures with Rahul on Instagram. In the images, the two are seen making goofy expressions as they pose for mirror selfies.

Athiya captioned it: “Grateful for you, happy birthday.”

The actress’s father and actor Suniel Shetty commented: “Truly” along with a black heart emoji.
Rahul and Athiya have constantly shown love on social media. However, the two have not officially confirmed their relationship.

Athiya was last seen on screen in the 2019 film “Motichoor Chaknachoor”, a comedy-drama, which also stars Nawazuddin Siddiqui.

Vaccines not enough to contain spread of Covid-19: WHO

Mithali Raj’s story to be told through biopic