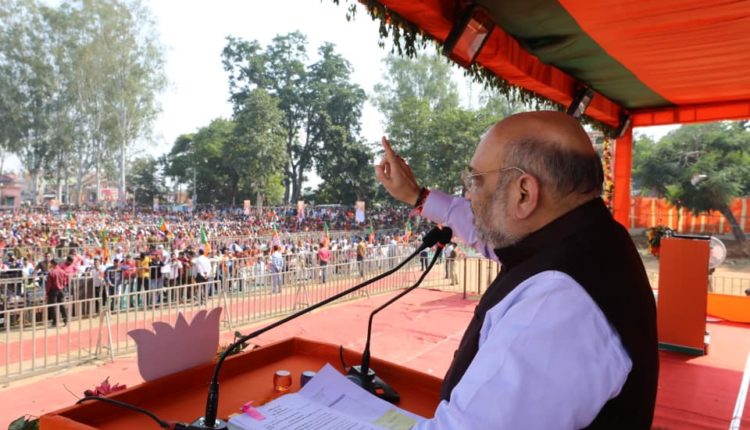 New Delhi: The Bharatiya Janata Party has prepared a report to answer oppositions’ questions over the Citizenship Amendment Act (CAA). The report, which is prepared by the Dr. Mukerjee Memorial Trust to create awareness among people about the Act, has also dismissed the allegations of the Act being an anti-muslim and against the constitution.

The report also supports Union Home Minister Amit Shah’s statement in which he had ruled-out the allegations of the Citizenship (Amendment) Bill being an anti-muslim saying a total of 566 muslims have already been granted Indian citizenship during Modi government’s five years.

“It’s a big rumour that this Act is against the minorities, especially muslims. Muslim of this country have no need to worry. Any foreign citizen can apply for the Indian citizenship irrespective to origin of his country and the religion he belongs to. The CAA does not interfere in these provisions”.

Replying to another question that will the CAA affect secular image of the country? the party said: “If India takes any step to protect the minorities who are being harassed in own country for their religious identity then it will not affect the country’s secular image. As Muslims are not in less in numbers and do not face harassment for their religion, hence, they have not been included in this law”.

“It is due to conditions consist in Schedule 3 and Clause 6 of the Act because one have to spend at least five years in India to apply for citizenship,” the report said.

The report said that there are lots of refugees in West Bengal. If they came in 1955, 1960, 1970, 1980 or before December 31, 2014 then they will be granted citizenship from that date. They will not have to face any legal hurdle. Earlier, one had to live in India for 11 years to obtain its citizenship.

How would an applicant prove religious harassment? “It can be done through a declaration in the application. No document is needed for this,” the report said.

The report contains many such answers of queries.

Get onions free with smartphone in Odisha town