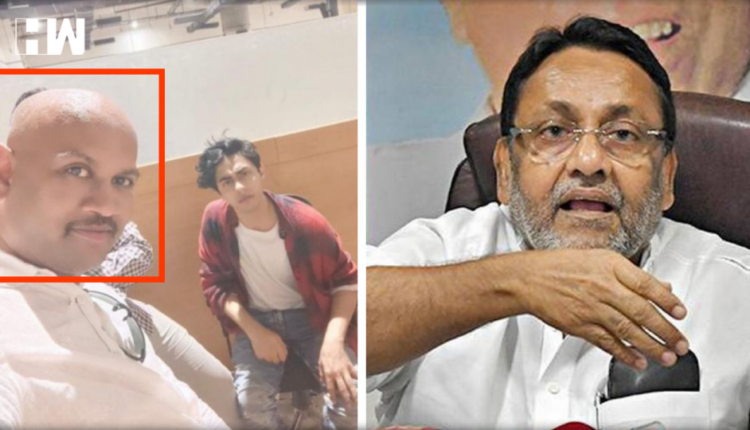 Mumbai: In a fourth stinger attack in the past 10 days, NCP Minister Nawab Malik on Saturday asked whether the Narcotics Control Bureau (NCB) is willy-nilly targeting film personalities to instil terror in Bollywood with the help of some outsiders.

Malik revealed details of a NCB witness Fletcher Patel who claims to be a family friend of the agency’s Zonal Director Sameer Wankhede and has posted pictures on social media with a woman he calls ‘Lady Don’.

“Who is this Fletcher Patel and the other woman, ‘Lady Don’? How come this Fletcher Patel, who’s close to Sameer Wankede figuring as a Witness (Pancha) in at least three NCB cases. Is it ethically correct and what does it reflect on the credibility of the NCB’s operations against drugs,” demanded Malik.

Again accusing NCB of carrying out fraudulent raids on prominent personalities to grab publicity, the Nationalist Congress Party (NCP) National Spokesperson said in the past one year alone, Fletcher Patel was a Witness in CR No 38/20, CR No 16/20 and CR No 02/21, and his team was collecting more information on other cases.

“After we exposed the two persons linked with the BJP, the NCB last week said that they did not know any of the ‘Independent Witnesses’ they had taken on record in the cruise ship raids. Then how come the same Witness Fletcher Patel appears in multiple NCB cases in the past one year, known to the NCB chief,” Malik asked.

Later, Fletcher Patel and the alleged ‘Lady Don’ Yasmeen Wankhede, said to be a relative of the NCB chief, appeared on certain media channels and denied Malik’s allegations.

“I have been saying from the beginning that the NCB is carrying out fake raids on film personalities but now with the involvement of Wankhede’s friends and family members emerging as witnesses in official case, what is the real motive behind these operations. As in the past, the NCB must hold a press conference and clarify,” Malik demanded.

He again questioned if the so-called NCB raids are ‘pre-planned’ in advance with close friends like Fletcher Patel taken in as ‘Witness’ in multiple cases, violating the laws.

“Also, who is this ‘Lady Don’. It has come to light that she is a lawyer and connected with one political party. So what are their motives and links with the NCB chief? What is the real racket going on in Bollywood with these people. The NCB must reply to this,” Malik asked.