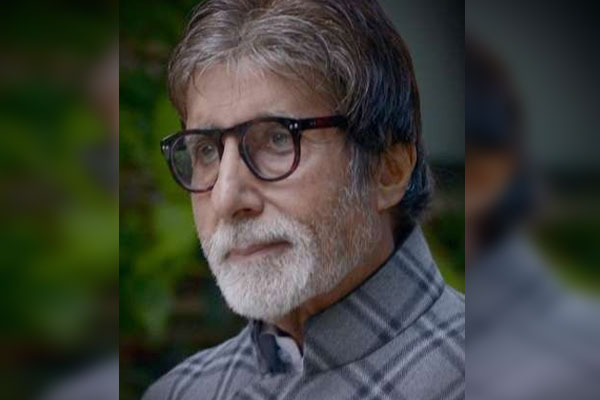 Mumbai: While several posts have been floating around for quite some time speculating why Shoojit Sircars Amitabh Bachchan-starrer “Shoebite” never released till date, the film’s original producer Shailendra Singh has come out and revealed what he claims is the real the reason. Singh also says he is ready to buy his film back and release it because it “deserves to see the light of day”.

“I wrote a story of an old man called Jonney D’Souza and how he sets out a journey to meet his bedridden wife and walks mile after mile. The whole incident happened around 13 years ago. After writing the story I went and narrated the story to Amitabh Bachchan because I wanted to cast him. He agreed to do the film and in the month of October — it was Dussehra — I paid the signing amount of Rs 1 crore and signed him as the lead actor of the film. Meanwhile, I also introduced Shoojit to Mr. Bachchan as he was to direct the film. I knew Shoojit as the debutant film director of ‘Yahaan’ that our Percept Picture Company had produced,” Singh told.

“The same year on December 31, an official from Amitabh Bachchan Corporation Limited came to me, saying that Mr. Bachchan was interested to co-produce the film. I was clear that I want him as an actor and not as a producer. So I said ‘no’ to the offer. Meanwhile, I got to know that Shoojit had become the blue-eyed boy of Mr. Bachchan and they were shooting a lot of ad films et cetera,” Singh added.

He further stated: “Later, I was called for a meeting in which I was told that my story is similar to ‘Labour Of Love’ by M. Night Shyamalan. I was given a condition that if I cannot get a NOC from Shyamalan, then Mr. Bachchan would not agree to do the film. I asked for some time because Shyamalan is a Hollywood producer and I had to do a lot of paperwork.”

According to Singh, while getting the NOC was difficult, and Bachchan refused to do the film without the issue being resolved, Ronnie Screwvala, who used to be UTV Motion Pictures head back then, came into the picture.

“Before my script went to another producer, as I was making the film with Shoojit, we went across the country to do location search and other research work. I spent money on that. Till then the name of the film was ‘Jonney Walker’. When Shoojit went to Ronnie, they changed the name of the film and called it ‘Shoebite’. I was shocked that they eventually also shot the film!” claimed Singh.

“If Mr. Bachchan brought to my notice that the script is similar to that of Mr. Shyamalan’ s, how come he, along with my director and my script, goes to another producer and makes the film? That is why the film is stuck! We had an injunction to the film, we went to the Court because rightfully the script belongs to me (as intellectual property) and also whatever happened to me was ethically wrong. It was a clear betrayal,” Singh declared.

“On the other hand, as Ronnie Screwvala left UTV, and the film has a legal battle with me, no one is interested to release the movie,” he explained.

So, what is the solution that Singh can offer? “I am ready to buy back the film at a depreciated price because it’s been a decade now. The film deserves to be released because it is a good story. When I see those tweets on social media where people are saying how the film should be released and it hasn’t been, it hurts! No one knows the real story behind the unreleased film. I will get all the NOCs that are required to release the film. But the world should know that it is originally my film and what exactly happened to the film,” he replied.

COVID-19 will end in mid-Sept in India: officials