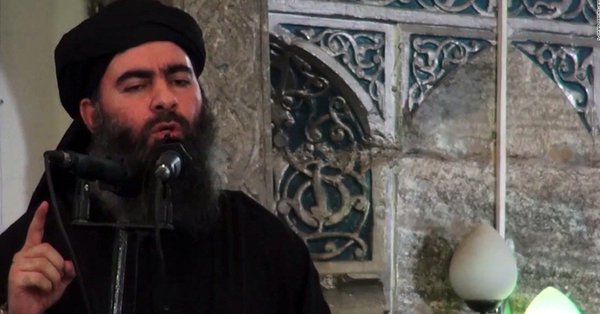 Washington: The US military has conducted a raid against Abu Bakr al-Baghdadi, the elusive leader of the Islamic State (IS) terror group, an operation, which according to American officials, has reportedly resulted in his death.

Newsweek cited an anonymous US army official briefed on the results of the operation as saying al-Baghdadi was killed in the raid on Saturday and reported that the Defence Department told the White House that they have “high confidence” that the target killed was the IS leader, pending DNA and biometric testing, Efe news reported.

Earlier in the day, CNN, citing a senior US defence official and an informed source, reported that al-Baghdadi was killed in a raid conducted by American forces in northeast Syria on Saturday.

But there were no official confirmation of either the raid or al-Baghdadi’s killing.

Shortly after the news reports were out, US President Donald Trump tweeted, saying: “Something very big has just happened.”

The White House said late Saturday night that Trump was slated to make a “major statement” at 9 a.m. on Sunday (6.30 p.m. IST), but gave no further details.

Al-Baghdadi, who is described as the world’s most wanted man, was officially designated by the US in October 2011 a “terrorist” and offered a $10 million reward for information leading to his capture or death, the BBC reported.

Born near Samarra, north of Baghdad, in 1971, al-Baghdadi who’s real name is Ibrahim Awad al-Badri, has a reputation as a highly organised and ruthless battlefield tactician.

Reports suggest that he was a cleric in a mosque in the city around the time of the US-led invasion of Iraq in 2003.

He emerged in 2010 as the leader of Al Qaeda in Iraq, one of the groups that merged with the Islamic State (IS), and rose to prominence during the attempted merger with al-Nusra Front in Syria.

Al-Baghdadi has made only one public appearance, in July 2014, in the al-Nuri Mosque in Mosul, which was retaken by Iraqi security forces in June 2017.

This August, the IS had released what it said was a new audio message from al-Baghdadi where he admitted that the IS groups were losing and that it was a test from Allah, saying they needed to stick together.

Odisha CM to celebrate Diwali in unique way. Here’s how