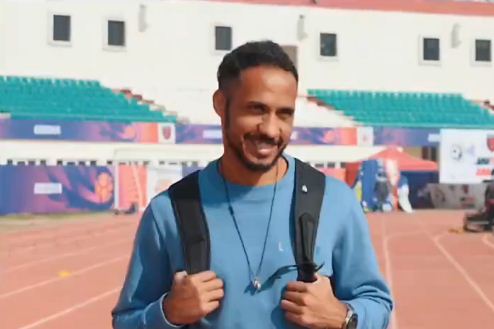 Bhubaneswar: Odisha FC have roped in Spanish forward Manuel Onwu for their remaining matches of the ongoing of the Indian Super League (ISL).

32-year-old Onwu, who had joined Bengaluru FC earlier before the start of the season in 2019, will represent Odisha FC on loan till the end of the sixth edition of the league.

Born in Tudela, Spain, Onwu had made his La Liga debut in March 2012 for CA Osasuna after playing for their B team. Prior to his association with Bengaluru FC, he was a part of another Spanish club UCAM Murcia CF in the 2018-19 season of Segunda Division B.

Speaking on the new signing, OFC Head Coach Josep Gombau said, “We are happy to have Manuel Onwu with us. I think that he can fit very well in the style of football that we play. I welcome him on behalf of the team and wish him all the best.”

After joining the club, Onwu said, “I am delighted to join Odisha FC and looking forward to playing under the guidance of coach Gombau. I know that the people here are very passionate for the team and I am hopeful of performing well and would like to contribute to the team’s success.”