ISL: Odisha aim to start 2020 on a high against Chennaiyin 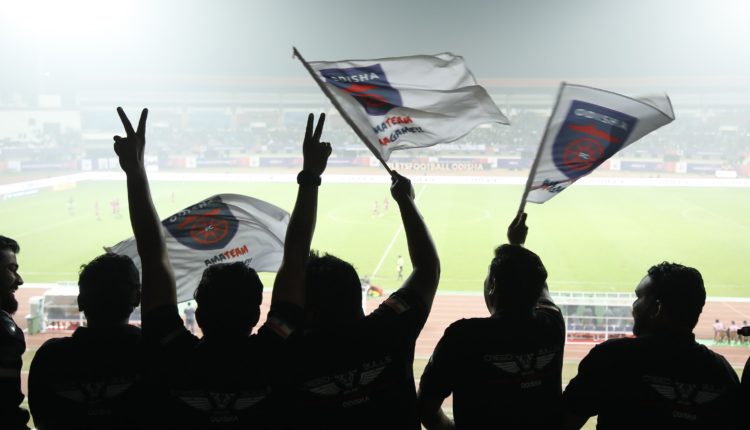 Bhubaneswar: After registering a thumping victory against Jamshedpur FC in their first-ever game at the Kalinga Stadium in the ongoing Indian Super League (ISL), Odisha FC are now set to take on Chennaiyin FC in their next home game on January 6.

Odisha FC had put up a brilliant performance against Jamshedpur in the last game and the stadium witnessed a decent turn out of more than 9,000 people. Head coach Josep Gombau was delighted to see his team perform well in front of the home fans and expected the players to continue in the same way in the coming games.

Speaking after the Jamshedpur game, Gombau said, “It was a great feeling to be able to play at our home finally. We are so grateful that people came to the stadium and witnessed our first game here at the Kalinga Stadium. Our next match against Chennaiyin FC will be a beautiful game for sure. We will work hard and try to win and get more points at home.”

The last outing between Odisha and Chennaiyin had ended in a 2-2 draw in Chennai. Playing at home this time, Odisha will want to get the winning points from the next match against the two-time ISL winners.

Odisha midfielder Bikramjit Singh, who had won the title with Chennaiyin in the 2017-18 season, is hopeful that there will be a better response from the crowd in the next game after their win against Jamshedpur.

“The last match was our first game at home. The fans came in good numbers and we won the match as well. We expect a better crowd in the coming games as well because when a team does well, it makes the fans happy and they throng the stands for the next encounters. We also expect all the players to give their best in the upcoming games,” said Bikramjit.