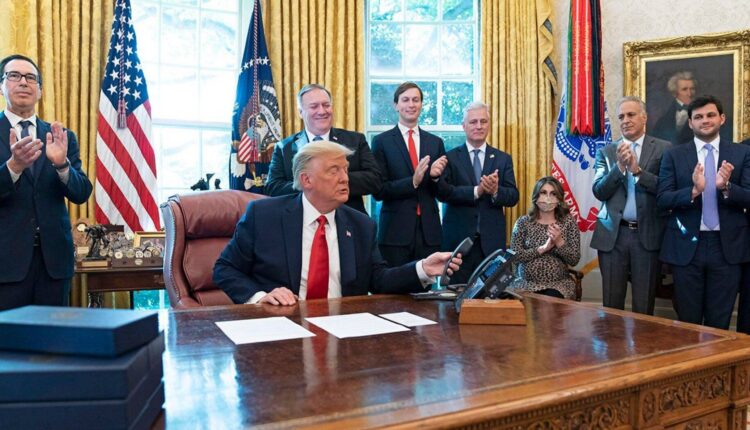 Israel and Sudan have agreed to a peace deal brokered by the US. On Friday, announcing the deal, President Trump claimed that more Middle East countries will follow such deals.

The leaders agreed to the normalization of relations between Sudan and Israel and to end the state of belligerence between their nations for the first time, making Sudan the fifth Arab nation, after Egypt, Jordan, the United Arab Emirates and Bahrain to fully recognize the Jewish state.

Trump said Sudan had demonstrated a commitment to battling terrorism. “This is one of the great days in the history of Sudan,” Trump said, adding that Israel and Sudan have been in a state of war for decades.

Trump said that the United States will take steps to restore Sudan’s sovereign immunity and to engage its international partners to reduce Sudan’s debt burdens.

Secretary of State Mike Pompeo said in a ceremony announcing the deal that victims of terror would receive $335 million in compensation from Sudan.

The money is meant for victims of the 1998 bombings of the U.S. Embassies in Kenya and Tanzania by the al-Qaida network while its leader, Osama bin Laden, was living in Sudan. Trump said on Tuesday that once the funds were transferred, he would remove Sudan from the list.