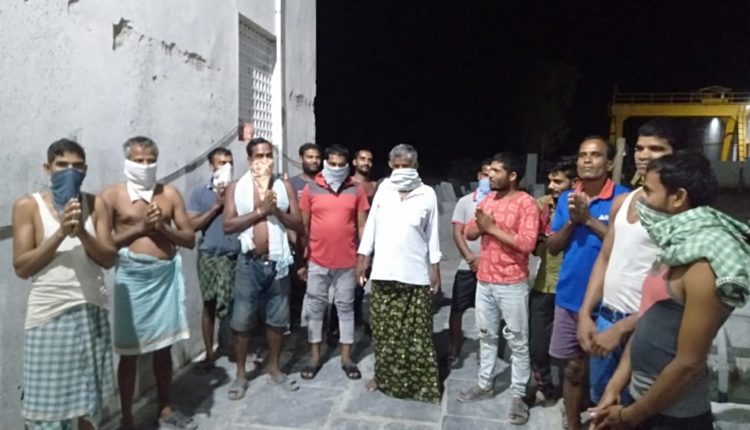 Hyderabad: A group of IT professionals from Hyderabad came forward to extend help after Odisha MP Amar Pattnaik’s tweet regarding the plights of migrant workers from Odisha stranded in Ongole city of Andhra Pradesh without food.

Rajya Sabha MP Amar Pattnaik on Wednesday had tweeted, ”co-ordination of over 10 days has failed to help a group of 30 Odias with ration. Left with no choice, they have decided to walk from Andhra Pradesh to Odisha. The Chief Secy of Odisha has written to his counterpart in AP with no results”.

Sai Teja, an activist as well as IT professional from Hyderabad along with his team spoke to one of the migrant workers and assured the distressed lot that they would get ration at the earliest.

Teja shared the message on several groups and then a friend from Ongole responded and purchased groceries and delivered the food items to the stranded migrants.

Many people from different sectors also responded to the MP’s tweet and assured him that the migrants would receive ration within a day.

The MP personally thanked the team on Twitter for their help before the local government’s intervention.