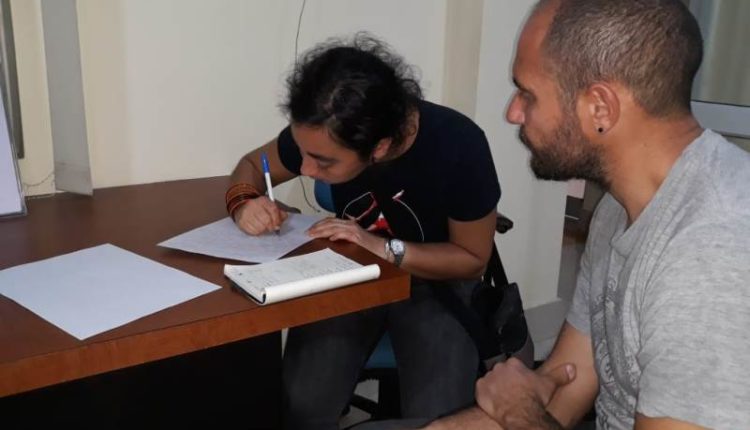 Malkangiri: An Italian couple was rescued today after they were seen roaming in the prohibited Bonda Ghat area (a prohibited zone for foreigners) in Odisha’s Malkangiri district, an official said.

The couple, identified as Indico Sesodi and Frank Sakha had gone to the Bonda Ghat with an employee of the Indira Gandhi National Open University (IGNOU) earlier in the day. However, the locals, seeing the two foreigners, informed the police and the district administration.

Upon getting information, tehsildar of Khairput rushed to the area with the local cops traced the couple and brought them to the police station. Later they handed them over to the Project Director, District Rural Development Authority (PDDRDA).

The couple, according to reports, had gone to the area without taking necessary permission from authorities and also not aware about the restriction imposed in the area.

“The Italian couple had no clue about the restriction imposed by the State government. I told them that the state government has prohibited foreigners to visit the area due to the presence of Maoists. We let them off after collecting details from the couple,” said PDDRDA, Lingaraj Panda.

The State government has imposed a ban on the visit of foreign nationals to the Bonda Ghat which is home to the primitive Bonda tribe and is also a Maoist-infested area.

The state government had prohibited the entry of foreign nationals to the Maoist-prone areas of the state after two Italian tourists – Paolo Bosusco (who ran an adventure holiday firm in the state) and Claudio Colangelo (a doctor from Rome) were abducted by Maoists March 14, 2012 in Kandhamal district and were kept as hostages. However, the ultras released Colangelo March 25 and later Bosusco April 12.