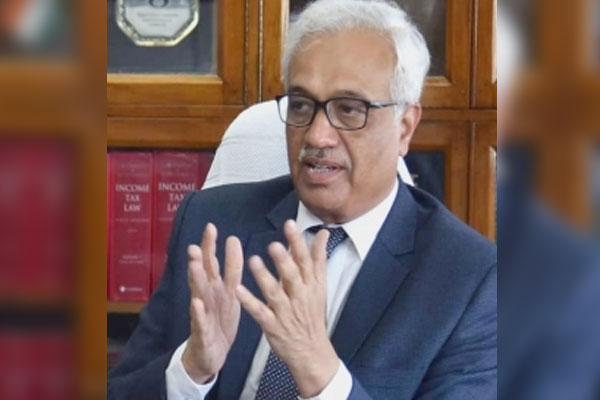 New Delhi:  In a major relief for the Tata Education and Development Trust, the Income Tax Appellate Tribunal (ITAT) has ruled in its favour against the Commissioner Income Tax (CIT) appeal order wherein a demand of more than Rs 220 crore was levied by the tax department.

A bench of ITA President Justice P.P. Bhatt, in the ruling given on July 24, stayed the demand raised by the Income Tax Department.

The case pertains to assessment years 2011-12 and 2012-13 on money spent by the Trust for creating an endowment fund at Cornell University, US, to provide scholarships to Indian students, and granting financial assistance to the Harvard Business School for constructing an executive building to be named Tata Hall. It donated Rs 197.79 crore in 2011-12 and Rs 25.37 crore in 2012-13.

The controversy began after the Public Accounts Committee (PAC) of the Lok Sabha in 2018 sought an enquiry in the matter as it believed that exemption granted by the direct tax body was in violation of the I-T Act.

Concluding the matter, the ITAT on Friday stated that all other grounds of appeals will be “rendered, academic and infructuous”.

“We have decided this issue in favour of the assessee and thus allowed this ground of appeal. We, therefore, uphold the plea of the assessee, and delete the resultant disallowance of claim of exemption,” it said.

The tribunal also stated in its order that “this wholly avoidable litigation does not only clog the serious litigation before the judicial forums but also diverts scarce resources of the philanthropic bodies, like the assessee before us, to the areas which do no good to the society at large”.

It hoped that the admirable work being done by the government in pursuing such forward-looking policies at the macro level is not allowed to be overshadowed by the isolated situations like this, at the field level, which must be minimised by sensitising the authorities concerned.

“An effort should be made to create a taxpayer-friendly atmosphere by adopting just and fair approach at every level of the tax administration,” it observed.

AR Rahman: ‘There is a whole gang working against me’ in Bollywood