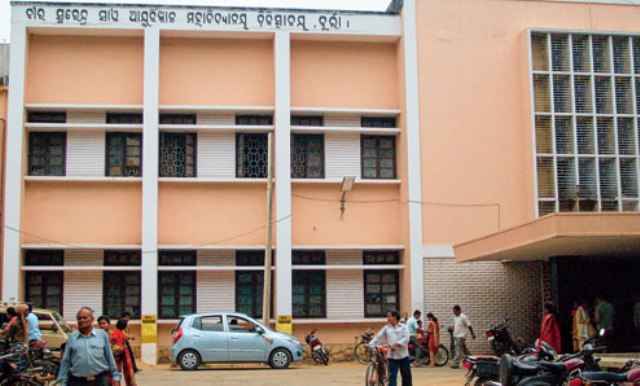 Sambalpur: In a tragic incident, an ITI student, who was electrocuted on a rooftop on Saturday, succumbed to his burn injuries at a hospital in Odisha’s Sambalpur district today.

The victim Soumya Ranjan Bhoi was admitted to the Veer Surendra Sai Institute Of Medical Science And Research (VIMSAR), Burla, in critical condition for treatment. However, the doctors failed to save him. He breathed his last in the morning.

According to reports, Soumya, a native to Sonepur district, was the second year student of a state-run ITI in Balangir district. He was staying at a rented house at Shantipada area in Balangir.

Yesterday, he came in contact with a 33KV power cable while drying his wet clothes on the rooftop. He suffered severe burn injuries due to the electrocution following which he was rushed to the Bhima Bhoi Medical College and Hospital, in Balangir, for treatment. As his condition deteriorated, he was shifted to the VIMSAR, Burla, where he died in the morning today.

Another trader becomes prey of ‘magic pen’ in Odisha Capital, duped of Rs 76,500