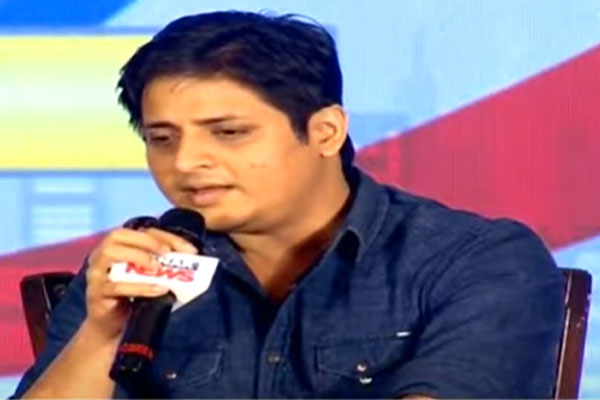 Bhubaneswar: “People are not dumb. They have several options for content consumption now. So, it’s high time that we make good films for them to watch. We have no other option,” Ollywood actor Babushaan Mohanty said today at Odisha Nirman Conclave 2022 hosted at a city-based hotel here.

Babushaan, whose latest movie ‘DAMaN’ made a new record at the box office, said that the movie made it big because of the honesty, simplicity and good intentions of its makers.

“A movie lasts long in the theatres only if it caters good content. So, I’m glad that I could be a part of his film,” the actor said.

Talking about the challenges that came along the way from filming ‘DAMaN’ to getting movie theatres to run it, Babushaan said, “It was pretty difficult in the beginning. I had signed up for a movie that didn’t have a heroine, comedy segment or romantics songs. Some people told me that I’ve gone mad. But if I don’t like the movie I’ve worked in, why would I expect audiences to like it!”

“People keep complaining that audiences are not watching Odia movies. But nobody is willing to find out why…Nobody is willing to accept that we may be at fault for not delivering good content. But, time is changing now.  2022 has given us some pretty good movies with movies like ‘DAMaN’, ‘Pratikshya’ and ‘Gangs of Puri’ and I’m very happy for that,” he added.

Addressing his stereotypical roles in several movies over the years, Babushaan said, “I was offered similar kind of roles for commercial movies. That left me no room to explore as an artist. ‘DAMaN’ gave me an opportunity to do that.”

“Today’s filmmakers are not scared of making mistakes, taking risks and thinking out of the box,” he said.

“People today have ample options for content consumption on their mobile phones. This sparks a competition and also creates opportunities for us. So, while making a movie, we must not remain confined to producing content for a certain number of movie theatres. Rather, we must keep the international market in mind. We don’t need to plan a Rs 100 crore budget movie. But, if we make a good movie with the budget and resources we have, audiences will definitely watch it,” the Ollywood actor said.

‘DAMaN’ was filmed in remote areas of Malkangiri and Koraput that were covered with jungles and had no modern enmities. Sharing his views on that, Babushaan said, “It was a wonderful experience. The place was beautiful and people were wonderful.  It felt like we were on picnic. I think ‘DAMaN’ resonated that simplicity and the audience could experience it in the theatres.”

‘DAMaN’ is an Odia movie that stands for ‘Durgama Anchalare Malaria Nirakarana.’ It is a Debi Prasad Lenka and  Vishal Mourya directorial starring actors Babushaan Mohanty and Dipanwit Dasmohapatra in major roles. The movie narrates how a young doctor, posted at a government hospital in Malkangiri, teamed up with officials of several other government departments to tackle Malaria menace in the region.