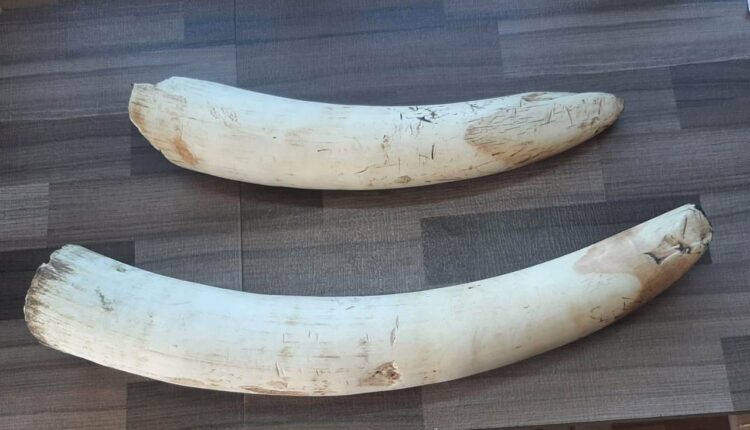 The accused persons have been identified as Hrusikesh Kumbhar, a resident of Dipapali village under Ulunda PS in Sonepur district and Gopal Krushna Budak of Keutibahal village under Charmal police limits in Sambalpur district.

Based on reliable information, the STF team conducted a raid near Bareipalli Chhak under Ainthapalli police limits to bust a wildlife smuggling racket in the district.

A case has been registered in this connection under sections 379/411 IPC r/w. 51 of Wildlife (Protection) Act, 1972 and the arrested two persons will be forwarded to a local court.

The elephant tusks seized during the raid will be sent to the Wildlife Institute of India, Dehradun for chemical examination, the STF stated in a release today.

Two youths of Bihar held for transporting ganja in Odisha’s…