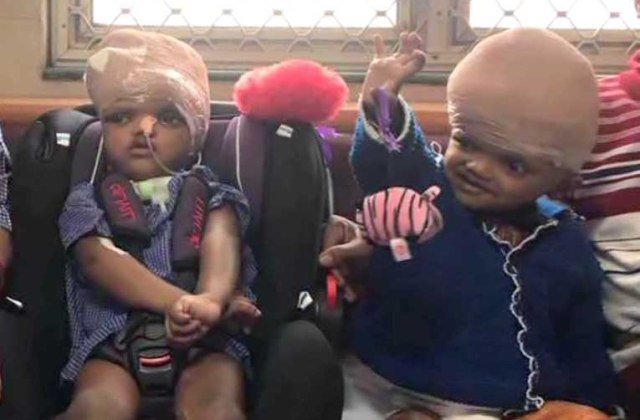 Speaking to mediapersons, the Minister said though it was earlier planned to shift the twins from AIIMS New Delhi to its Bhubaneswar branch, authorities of the premier hospital here are reluctant for the same.

“The twins have been undergoing treatment at AIIMS New Delhi for the last two years. Their parent are desperate to get the kids shifted to Odisha. It has been decided to shift the Jaga and Kalia to SCB Hospital soon,” the Minister added.

A few days ago, the Minister had informed the Odisha Assembly that the separated conjoined twins will be shifted to AIIMS Bhubaneswar once the hospital gives permission for the same.

Conjoined twins Jaga-KaliaJaga Kalia to be shifted to SCBNaba Das