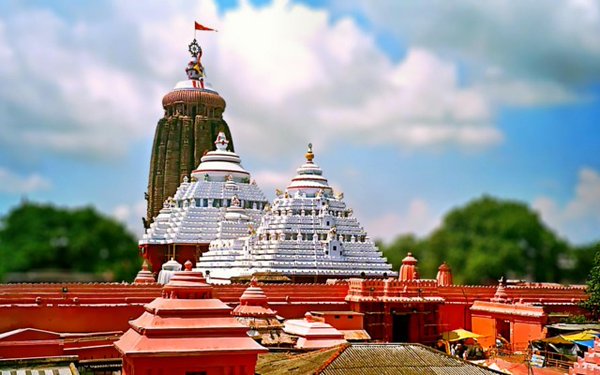 Repair of Jagamohan, the prayer hall adjoining the sanctum sanctorum (garbha gruha) of the Sri Jagannath temple in Odisha’s Puri is complete, informed N C Pal, member of the Technical Core Committee of the Archaeological Survey of India (ASI).

“The portal box frame work was started by the Works department in February following approval by the ASI. We had sought four months time to complete it but the High Court issued a directive to complete it by June 2 this year before Snana Purnima. The state government too had submitted an affidavit to the court in this regard. The repair job in that regard is more or less complete,” said Pal.

“The last beam was erected on May 27. Sixteen stainless steel columns have been erected around four stone columns. Below each stone beam, four stainless steel beams have been fixed totalling 16. About 95 tonnes of stainless steel has been used in the fabrication and erection job. Today we have engaged eight welders to check the weldings in each member,” he added.

The Technical Core Committee today claimed that the Jagamohan is now completely safe.

“We on behalf of the Core Committee, professors of IIT Kharagpur and all those who were involved in the process with us can assure with conviction that the Jagamohan is completely secure and safe with portal box frame,” Pal asserted.