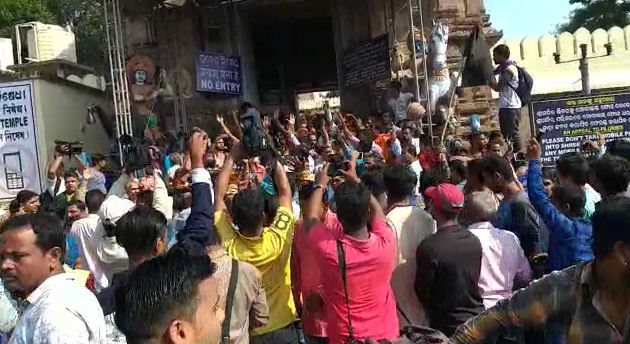 Puri: Activists of Jagannath Sena called for a 12-hour bandh in Puri for today opposing the queue system for darshan of deities at the Shree Jagannath Temple in the pilgrim town of Odisha.

Convener of the outfit, Priyadarshan Patnaik was taken into preventive custody by police this morning to avoid any untoward incident, sources said. Many shops in the pilgrim town were closed in view of the bandh call.

The queue system was implemented for the first time by the Shree Jagannath Temple Administration (SJTA) on an experimental basis on October 1. However, devotees expressed displeasure and resentment over the arrangement and entered the temple by uprooting the barricades.

As per the new system, devotees will form a queue at the Singhadwara and move inside the temple through barricades. After having darshan, the devotees will exit through three other gates. There are separate barricades for men and women. The move aims at ensuring smooth and hassle-free darshan of the deities.

On the other hand, devotees have alleged that the new system results in delay of their entry into the temple.