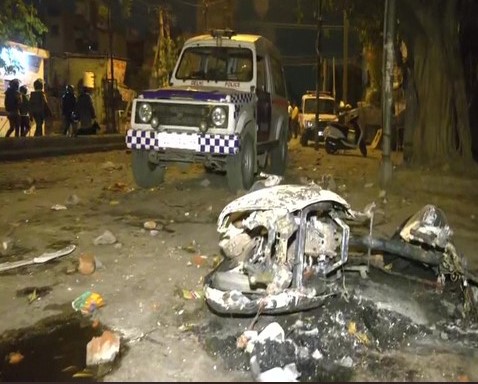 New Delhi: A day after violence broke out between two groups in Delhi’s Jahangirpuri, nine people have been held so far, said police on Sunday.

During the violence nine people, including eight policemen were injured.

“A total of nine persons (8 police personnel and 1 civilian) were injured. All were removed to BJRM hospital. One Sub inspector sustained bullet injury. His condition is stable,” said the police official.

Earlier, Delhi Police registered an FIR. “We have lodged an FIR into the incident and an investigation has been initiated,” Special Commissioner of Police, Law and Order, New Delhi, Dependra Pathak told IANS.

He said the situation was now peaceful and under control.

Severe clashes took place in the Jahangirpuri area of north-west Delhi on Saturday evening when the ‘Shobha Yatra’ was being taken out on the occasion of Hanuman Jayanti.

The area where the clashes took place continues to be under heavy police security cover.

IPL 2022: Punjab Kings’ sensation Jitesh Sharma opens up on struggles when he was down in the dumps