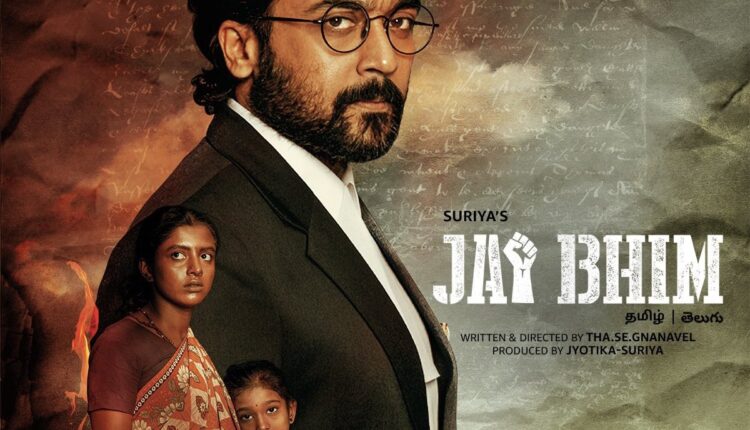 Chennai: The official YouTube channel of the Academy of Motion Picture Arts and Sciences has chosen to feature a video of director Gnanavel explaining his critically acclaimed courtroom drama ‘Jai Bhim’, under its ‘Scene At the Academy’ segment.

The 12 minute 47 second video clip begins with the opening scenes of the film. It then shows director Gnanavel explaining about the theme of the film. This is followed by important sequences from the film.

“When a privileged person is in trouble, their whole community shows up to fight. But for minorities like tribal people? They have no hope or scope.

“It is said that racism is the worst kind of discrimination worldwide. But casteism has several layers of discrimination built into it. If racism is like a spring which swirls up, those in the bottom can eventually fight their way to the top. But casteism is heirarchial. You can’t move up or forward. One caste will stop you. If you make it past them, another will get you.