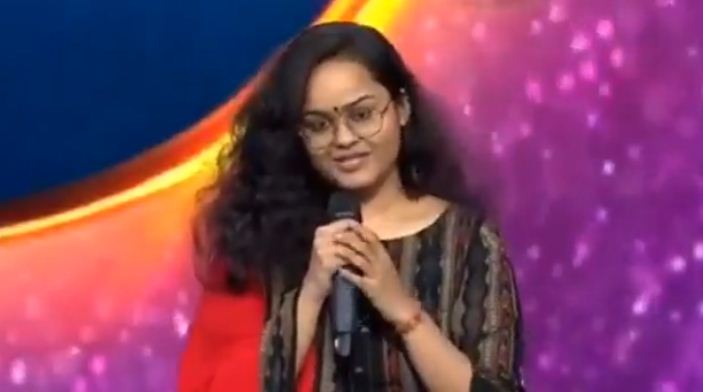 Bhubaneswar: Even as Odisha has received the GI Tag for ‘Odisha Rasagola’ and West Bengal got the same for ‘Banglar Rosogolla’, the verbal battle over the origin of the sweetmeat is far from getting over.

The latest chapter of the debate unfolded at Zee TV’s singing reality show ‘Sa Re Ga Ma Pa’ when Sthitipadma Dash from Cuttack made a befitting reply to a query of judge Himesh Reshammiya over Rasagola during the auditions.

Before the audition of Dash, Reshammiya had asked several contestants whether Rasagola belongs to West Bengal or Odisha. While all the contestants answered in the favour of West Bengal, Dash was the first to differ.

As Dash introduced himself as a resident of Cuttack, Odisha, Reshammiya asked the same question to her saying that he was waiting to ask it to someone from Odisha.

“I wouldn’t like to take the things further but Jai Jagannath, Rasagola Amara (Rasagola is ours)…End of discussion,” replied Dash in a confident manner, which left Reshammiya and two other judges– Shankar Mahadevan and Vishal Dadlani speechless.

As Reshammiya went on to ask, “What about the claims of the people of West Bengal that the sweet belongs to their state?”, Dash said, “If they are arguing, let them do so. Rosogolla might be theirs, but Rasagola is ours.”

A video of the portion of the show has surfaced on various social media platforms and gone viral, besides gaining the praise of netizens from Odisha.

A resident of Shelter Chhak area in Cuttack, Sthitipadma is the daughter of music composer and singer Sushil Chandra Dash and Sailabala Dash. The 20-year-old girl is a second year student of the Utkal Sangeet Mahavidyalaya. She had appeared for the auditions in Mumbai, last month and qualified as Top 30 contestants.