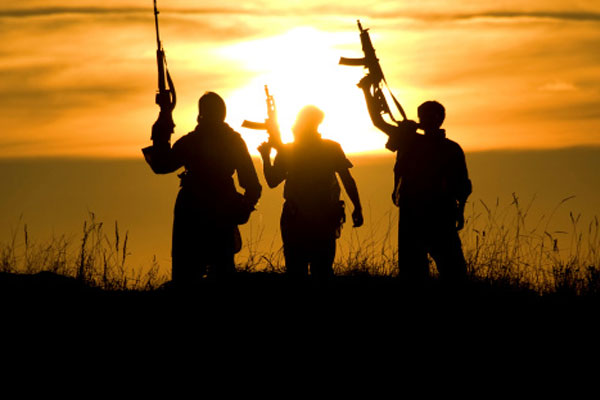 Bhubaneswar: As many as 10 suspected Jamaat-ul-Mujahideen Bangladesh (JMB) operatives have entered the country and gone to Odisha, Bihar and Jammu & Kashmir, the Press Trust of India (PTI) reported quoting an officer of Kolkata Police’s Special Task Force (STF).

The three operatives of JMB, who were arrested from the southern fringes of Kolkata a couple of days back, have opened up a Pandora’s Box for Kolkata Police.

Interrogating the arrested trio, the Kolkata police have come to know that they were not alone but as many as 15 neo JMB terrorists have sneaked into the state and 10 of them are moving around in various parts of the country.

At least 15 neo JMB operatives had entered West Bengal from the neighbouring Bangladesh earlier this year, and 10 of them moved to various parts of India, including Jammu and Kashmir, an officer of Kolkata Police’s Special Task Force (STF) said.

The remaining five had stayed back in West Bengal and three of them, who are Bangladeshi nationals, were arrested from south Kolkata’s Haridevpur area on Sunday, the officer said.

The police said the accused persons illegally crossed the border about a month ago and arrived here. Asked if they had links with the two suspected Ansar Ghazwat-ul Hind operatives arrested by the Uttar Pradesh Anti-Terrorist Squad (ATS) in Lucknow during the day, an officer said, “We are checking that angle also.”

The STF said that it recovered mobile phones, two religious books, a diary and an Indian identity card from the accused.

According to the police, the three had rented a house claiming that they were here for medical treatment. They masqueraded as fruit and mosquito net sellers.

The initial investigation has revealed that the suspected Bangladeshi nationals, who are reportedly from the neighbouring country’s Gopalganj area, were living in a rented house on MG Road, and were collecting funds for the organisation.

Presently, the Kolkata Police are looking for Sheikh Sakil and Salim Munshi, who allegedly helped the trio prepare fake Aadhaar cards and also arranged for their accommodation.

“Sakil had helped them prepare fake Aadhaar cards which they had used to get accommodation on rent. The three came to India following the instructions of senior JMB leader Al Ameen,” the officer said.

The STF has contacted the Bangladesh Police to know more details about the arrested trio, the officer said, adding that the landlord of the house in which they had taken two rooms on rent was called for questioning.

“We need to know how he came to know these people,” he said.

“We have started gathering information about them and are trying to find out who else is associated with them. We are at a very initial stage,” an NIA officer said.

Rise in COVID-19 cases in India with 38,792 fresh infections