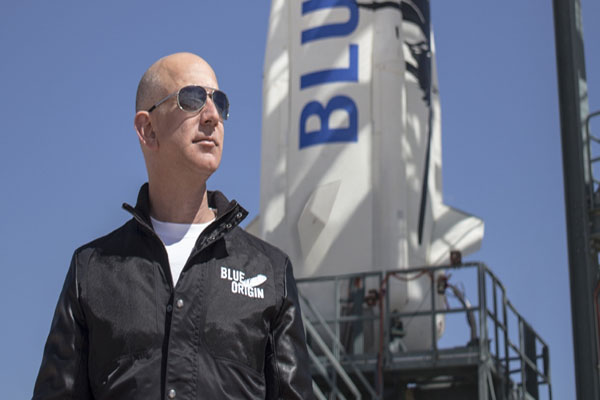 The US space agency was expected to pick two lunar lander prototypes (including one of Blue Origin’s) but funding cut from US Congress led the agency to select SpaceX over Blue Origin.

According to a report in The Verge on Tuesday, a spokesperson for Blue Origin called the lawsuit “an attempt to remedy the flaws in the acquisition process found in NASA’s Human Landing System”.

“We firmly believe that the issues identified in this procurement and its outcomes must be addressed to restore fairness, create competition, and ensure a safe return to the Moon for America,” the spokesperson was quoted as saying.

The lawsuit, filed with the US Court of Federal Claims, could pause SpaceX’s contract and trigger delay to NASA’s race to land astronauts on the Moon by 2024.

NASA said that its officials were “currently reviewing details of the case.”

“As soon as possible, the agency will provide an update on the way forward for returning to the Moon as quickly and as safely as possible under Artemis,” a NASA spokesperson was quoted as saying.

GAO rejected Blue Origin’s protest, saying “there was no requirement for NASA to engage in discussions, amend, or cancel the announcement as a result of the amount of funding available for the programme”.

In a tweet, Musk responded to the news by tweeting “GAO” with a flexing bicep emoji.

Jeff Bezos even offered NASA a discount of up to $2 billion to give his space company Blue Origin the human lunar landing system (HLS) contract.

Escalating his space war with Musk, Bezos in an open letter to the NASA Administrator Bill Nelson said that his company would close US space agency’s near-term budgetary shortfall and producing a safe and sustainable lander that will return Americans to the surface of the Moon – this time to stay.

“We stand firm in our belief that there were fundamental issues with NASA’s decision, but the GAO wasn’t able to address them due to their limited jurisdiction,” a Blue Origin spokesperson said in a statement.

The moon lander contract is part of NASA’s Artemis programme, which aims to return astronauts to the moon by 2024 as a stepping stone to the first human mission to Mars.