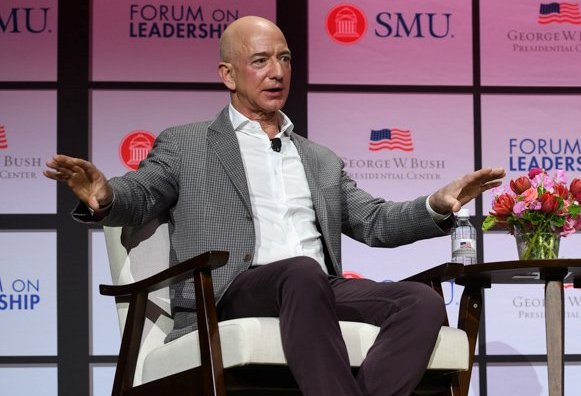 San Francisco: In a significant development, Amazon CEO Jeff Bezos has announced to step down as CEO and a transition to a new position as executive chair of the Amazon board in the third quarter this year.

Andy Jassy, who is the CEO of the company’s profit-making Cloud arm Amazon Web Services (AWS), will replace Bezos.

“Being the CEO of Amazon is a deep responsibility, and it’s consuming. When you have a responsibility like that, it’s hard to put attention on anything else,” Bezos said late on Tuesday.

“As Exec Chair I will stay engaged in important Amazon initiatives but also have the time and energy I need to focus on the Day 1 Fund, the Bezos Earth Fund, Blue Origin, The Washington Post, and my other passions.”

Bezos has served as Amazon’s CEO since he founded the company in 1994, making his venture one of the most dominant technology firms in the world.

The journey also made him the richest human on Earth, with a net worth of nearly $180 billion.

In Amazon’s most-recent earnings report in December, AWS generated revenues of $11.6 billion, an annual run rate of more than $46 billion.

Nick Jonas wants to have ‘many’ kids with Priyanka Chopra