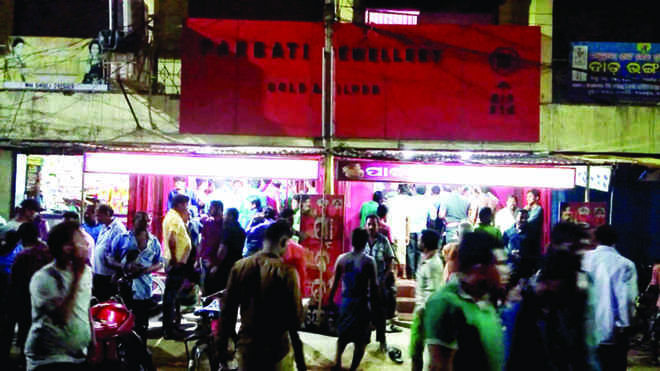 As per reports, ten motorcycle-borne miscreants entered Parbati Jewellers here at around 9 pm posing as customers. Before anyone could register anything, the anti-socials looted jewellery and cash from the cashbox after terrorising the persons present inside the shop.

While moving out, the criminals fired two rounds of bullets and fled from the scene.

As per a preliminary estimate, the robbers decamped with jewellery worth over Rs 2 lakh and cash from the outlet near the Gundicha temple.

While the jeweller Pradip Kumar Das was away, the exact amount of valuables looted was not known.

Nilagiri police station staff reached the spot and began probe into the incident.

Meanwhile, all the exit points have been sealed and suspected vehicles are being frisked, police sources said.

While the incident has sent shock waves in the town, it has raised questions on the law and order situation.

Woman detained for distributing money among voters in…