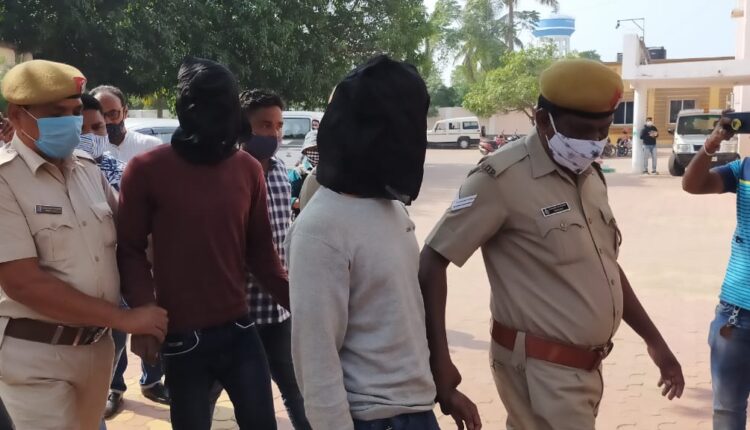 The accused persons have been identified as Lokesh Srivas (29) of Nayapada village under Pandatarai police limits in Kabeerdham district and Lokesh Rao (24), a resident of Bhilai in Durg district of Chhattisgarh.

The duo was involved in Binod Jewellery and Keshav Jewellery shops loot cases registered at the Badabazar Police Station in Berhampur in months of October and December this year.

After persistent efforts, Odisha police finally resolved the cases with arrest of the accused persons from their home State Chhattisgarh.

In course of investigation into two burglary cases, a police team led by Badabazar Police Station IIC had been sent to Kabeerdham district of Chhattisgarh. With assistance of the local police, the two accused persons were apprehended, a release said today.

In both the cases, the cash of Rs 12,07,060 (Twelve Lakh Seven Thousand Sixty), gold ornaments weighing 168.06 grams and a portable grill cutter were recovered from the accused persons.

Police said that both the accused persons had met each other at Durg Jail in March 2020. As one of relatives of accused Lokesh Rao is staying in Berhampur, both chalked out a plan to loot jewelry shops and executed their plan accordingly.

Following arrest, the two accused youth were produced before the court of CJM, Kawardha, in Kabeerdham district of Chhattisgarh on December 24. They were brought on transit remand. They will be deposed in the court of SDJM, Berhampur today.

A police team is still present in Chhattisgarh to recover remaining stolen items.