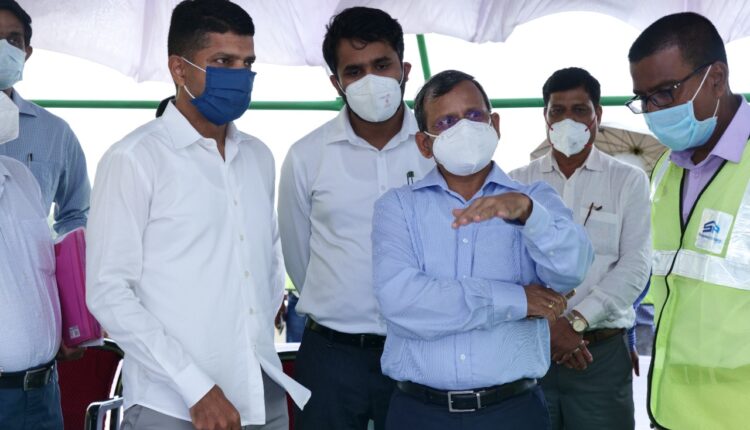 “Today we reviewed the project upgradation work. The upgradation projects include the expansion of runway and terminal building. The commercial flights to Jeypore are expected to be started soon,” the Chief Secretary said.

Earlier, a top official of the state government had said around 19 chartered flights will operated from the airstrip, under UDAN scheme, by the year end.

Worth mentioning, the runway was proposed to be expanded from 1,500 metre to 2,300 metre. With the operationalisation of the airstrip, it will become the third in the state to get the airport tag.

A team of senior officials, including Chief Secretary Suresh Mohapatra and Secretary (5-T) Shri V.K. Pandian visited Koraput and Nabarangpur districts to review preparation of Covid third wave and progress of various development projects. The focus was on health, education and irrigation projects.

The Collectors of Koraput and Nabarangpur apprised the officials on the Covid situation and preparation for the Covid third wave. The PSA and Liquid Medical Oxygen Plant projects being constructed in the districts were reviewed and Chief Secretary instructed to complete it by August.

The officials visited the construction site of the 650-bed Hospital in SLN Medical College and Hospital Koraput. Secretary (5-T) suggested that patient amenities should get priority and facilities like attendant sheds, food courts, proper traffic flows, parking etc should be ensured. The project is targeted to complete before end-2023. The team also visited the District Head quarter hospital in Nabarangpur and inspected the construction site for the 200-bed building. The engineers were asked to ensure quality in construction and timely completion by September.

As part of the high school transformation programme under 5T initiative, many high schools have been taken up with active participation of the alumni, teachers, parents and students. The officials visited RCD Government Nodal High School, Nabarangpur and Government Girls High School Koraput. Chief Secretary and Secretary (5-T) interacted with the Teachers, alumni and students. They visited the smart classrooms, library, dining hall, ICT Labs playground, toilets etc constructed under the initiative.