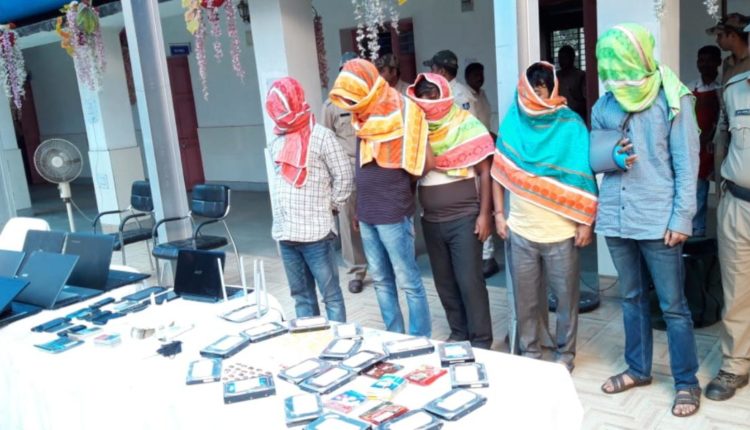 The accused persons were identified as Budhha Sarkar (38), Jayant Banerjee (39), Priyanshu Das (25), Rohit Sarkar (34) and Subhjit Raha (34). All are the residents of Kolkata in West Bengal.

The arrest came during a probe into a complaint lodged by Purnendu Sekhar Panda, a resident of Rourkela.

According to reports, the members of the gang had allegedly defrauded Panda of over Rs 9 lakh on pretext of installing Jio tower, a renowned mobile service provider in India. Reportedly, the victim had paid total Rs 9.84 lakh in four installments for installation of the mobile tower atop his house at Basanti Colony in Rourkela.

After Panda realized that he was duped by some people, he lodged a written complaint at Rourkela Cyber Police Station on March 26, 2019.

Based on the allegation, the police had initiated probe into the case. The five persons were arrested following raids by Cyber Police at various locations in the Steel City today.

The cops seized 7 laptops, 143 SIM cards, 234 bank cheques, 16 hard discs and other materials from their possession.

Emraan Hashmi-starrer ‘The Body’ to release on Dec 13