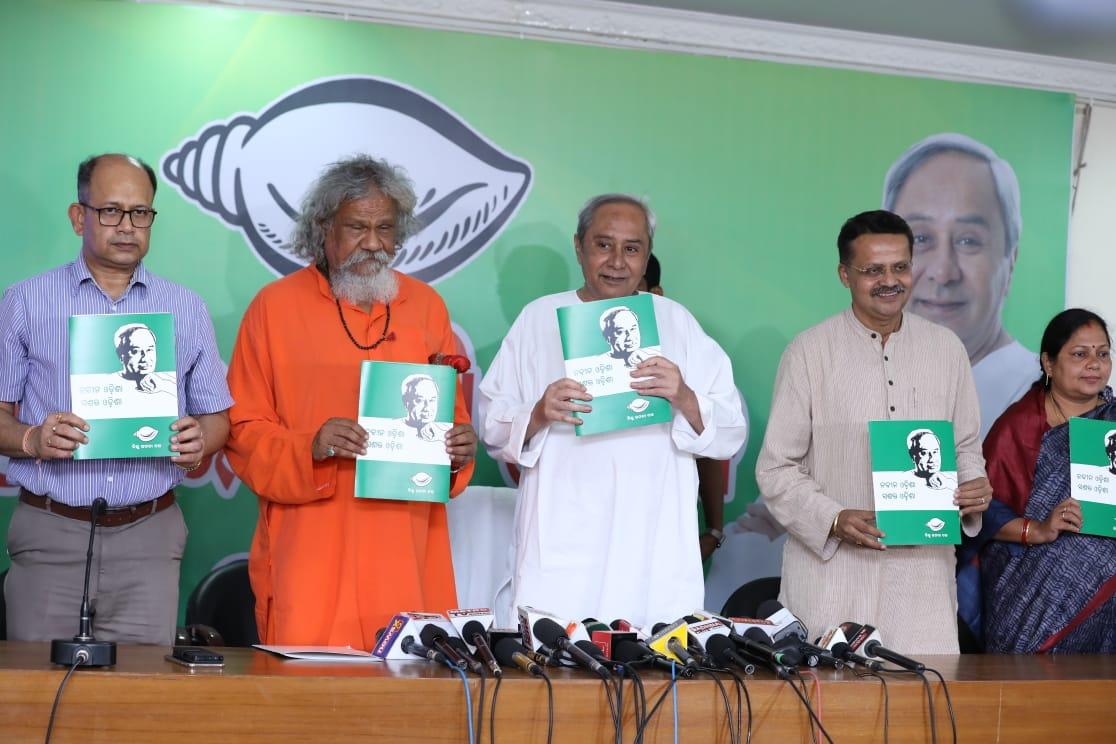 Bhubaneswar: BJD President and Chief Minister Naveen Patnaik today released the party’s manifesto for the Lok Sabha and Assembly elections 2019, saying his government will take a host of measures for the welfare of farmers, youth, women and other sections of the society.

‘KALIA’ scheme will continue for all farmers and landless agricultural labourers. Besides, the BJD government will set up a KALIA Commission o monitor the programme in every three years, the manifesto, with a theme of ‘Naveen Odisha, Sashakata Odisha’, promised.

The BJD said it will pursue the enhancement of paddy MSP to Rs 2930 with the Central Government.

The ruling party has promised reservation of 75 per cent jobs in all upcoming industries in the State for qualified local youth. All the State level recruitment fees will be waived off, it said.

For women, the party promised to provide Rs 5000 crore Government business to the women SHGs with a profit of about Rs 50 crores. Besides, interest free loans to SHGs upto Rs 5 lakh will be given.

The BJD government will provide marriage assistance of Rs 25,000 for daughters of poor families. Girl child education will be free from KG to PG level, the manifesto stated.

Biju Express Way will connect North to South and East to West of Odisha. The heritage Silver city of Cuttack will be connected to Smart City Bhubaneswar by metro railway, it added.

With an aim to end the regional disparity in the State, the BJD government will come up with a special initiative called ‘JUHAR’ (Joint Upliftment of Habitations and Regions). “To reduce regional disparities and fast pace development, we will have Special Development Councils in Bargarh, Bolangir, Boudh, Deogarh, Jharsuguda, Kalahandi, Sambalpur districts and Athmallik, Kuchinda and Nilagiri Sub-Divisions,” the manifesto said.

Besides, the ruling party has slammed the Central government for showing a step-motherly attitude towards Odisha. “Successive Central Governments have always neglected the rights of Odisha. This neglect is historic and has led to Odisha being at the bottom of all Central subjects like Telecom, Railways, Banking, and National Highways,” the BJD claimed in its manifesto.

Reiterating its earlier demand, the party said: “Special Category Status is the only way to rectify the historic neglect that Odisha has suffered.”

Odisha will have Assembly and Lok Sabha polls simultaneously in four phases from April 11.