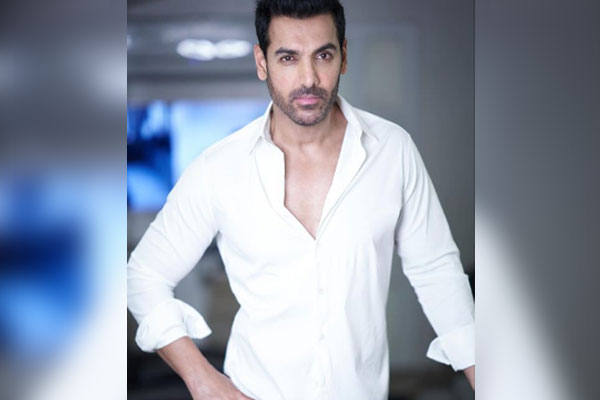 Mumbai: Award shows are a big no-no for actor John Abraham, who said that he has no respect for them. The actor, who will soon be seen in the film “Mumbai Saga”, refers to award shows as “circus” and says he maintains distance from such events.

“I totally don’t respect awards. It’s a joke. It’s comical to see actors dance and then collect an award and make funny jokes,” he said.

However, he knows that people who take part in these shows don’t view them in this way.

“I feel what they are doing is not necessarily wrong or what I am doing is wrong. But I am on this side of the fence. I am quiet about it. I just don’t go for these functions. I will be a joker going to a circus, it will be demeaning and I don’t want to do that,” he said.

John helps ‘Marjaavaan’ in getting a solo…

In his film “Mumbai Saga”, which releases in theatres, he said nothing can be predicted as of now.

“No one is sure what will happen the next day. We are not experts here. We are sure that we want to release in the theatre. We know that ‘Mumbai Saga’ needs a big-screen experience and merits a large screen release and that is what we are doing,” he said.

The actor said he loves being part of action films and enjoys the genre. “It’s a genre that I am comfortable with. The audience finds that space very believable with me and I, too, enjoy that space. There are actors who love song and dance and I love action. Action sequences are my item numbers,” said the actor, who has been part of many action films including “Shootout At Wadala” and “Force”.

John added that all action films are not alike and have something different for him to showcase. “There are different kinds of roles in action films. In ‘Ek Villain’ the action was different from ‘Satyameva Jayate’. ‘Attack’ has action which is very Hollywood. Each film has a different brief,” he said.

Parmanu is based on true story: John Abraham