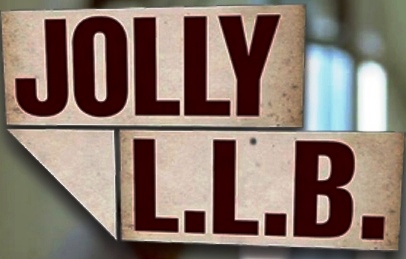 The makers of the “Jolly LLB” franchise on Wednesday confirmed that there will be a third instalment of their film.

At a success party of the recently released “Jolly LLB 2”, the makers were asked if they are planning to roll out another movie in the courtroom drama franchise.

While the first “Jolly LLB” film featured Arshad Warsi in the lead role, the second movie features Akshay Kumar as a lawyer who takes on a complicated court case against an expert and ruthless advocate.

The producers chose Akshay for the second instalment, and Arshad had commented that it was done as the makers wanted a “bigger star”.

Akshay, who is happy with the film’s success, said: “I don’t know whether it will be with me or without me, but I am happy to hear that.”

Director Subhash Kapoor said: “Being the lead, Akshay has taken the film to such a high level.”

To that, Akshay said: “Saurabh Shukla, Annu Kapoor, Sayani Gupta are also the pillars of the film. You see the film, and you won’t be able to forget their characters.”

“Jolly LLB” dealt with the ‘Don’t drink and drive’ message, and its sequel — which also features Huma Qureshi and Sanjay Mishra — raises a sensitive subject like terrorism.

Kapoor said: “I always try to connect my work with real life issues. After the first ‘Jolly LLB’, I was researching on many things but I zeroed in on this subject. I felt that many things can be conveyed though this one (the second film).

How to look gorgeous beyond 30s