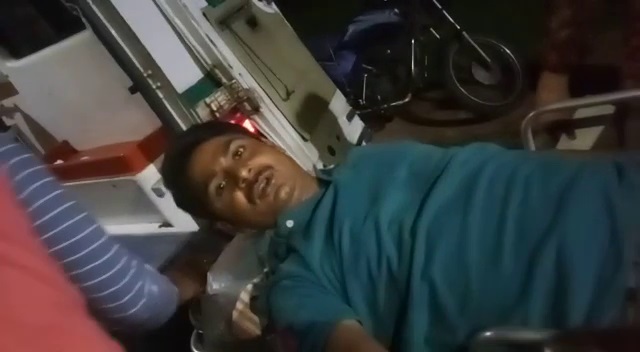 The victim was identified as Sri Hari Pradhan, a reporter working with a vernacular daily in Gajapati district.

According to reports, Pradhan was attacked by a group of miscreants at Chandragiri under Mohana police limits last evening over media reportage on illegal manufacturing of liquor.

He sustained injuries on his two legs and back neck. He was taken to a local hospital for treatment.

The victim termed it a ‘murderous’ attack by liquor mafia to prevent him from covering a report on illegal liquor unit.

“As I was trying to cover a report on illegal liquor trade, the goons having nexus with liquor mafia attacked me on middle of the road,” said Pradhan.

He also alleged two persons of threatening him if he lodges complaint against them.

“Jitendra Kumar Gouda and Chandragiri Biju Yuva Bahini President Prashant Kumar Pradhan threatened me if I make complaint against them with police,” the journalist told media.

He urged the Gajapati SP to take necessary action against the culprits.

1 in 3 children under 5 malnourished: UNICEF report