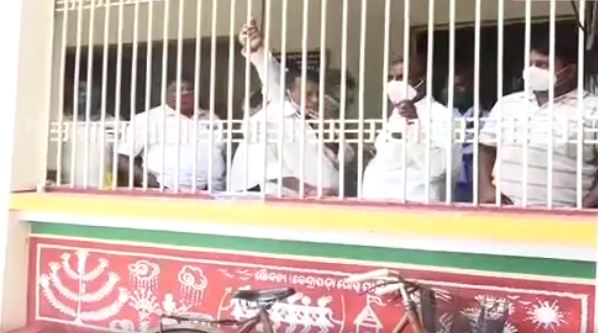 According to reports, a woman police constable had yesterday assaulted a journalist on the premises of the office as the reporter shot a video of the cop violating COVID-19 guidelines as she was not wearing mask.

Being furiated over the matter, the constable slapped and thrashed the journalist.

The victim and other journalists of the district had a discussion with the MLAs at the office today over the issue while they demanded action against the erring cop.

Alleging that the legislators didn’t pay heed to their demands, the journalists detained and locked the MLAs at the office for a while.

The victim journalist has demanded suspension of the constable and stringent action against her.