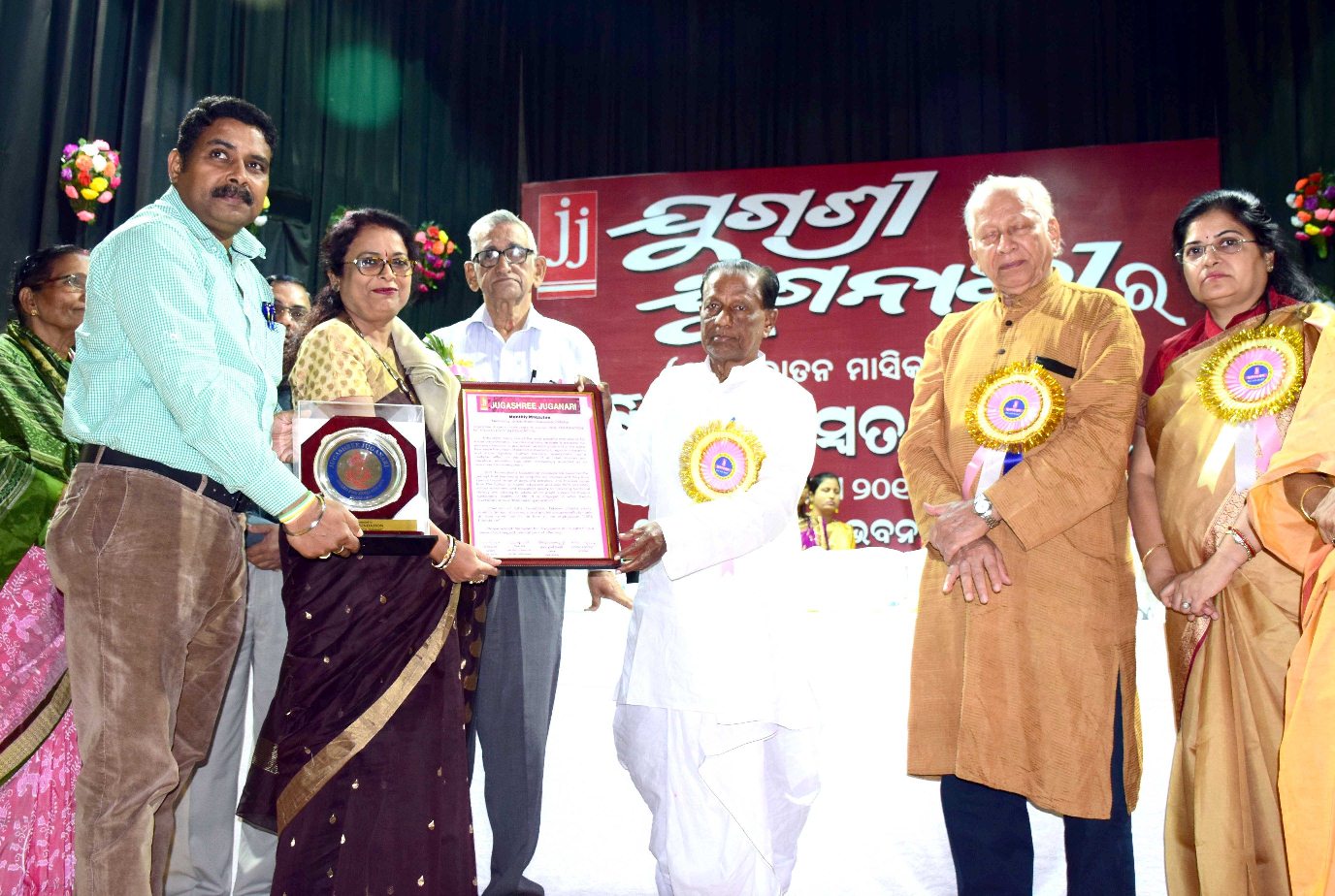 Bhubaneswar: JSPL Foundation, the CSR arm of Jindal Steel & Power Ltd (JSPL) has been conferred with Excellence in Education Award for its outstanding contribution in the field of Education. JSPL’s Angul Unit CSR Head and GM Puspalata Satpathy and DGM (CSR) Dr. Srimat Roy received the award from Higher Education Minister Ananta Das in presence of noted poet Ramakanta Rath, writer Santanu Acharya, poet and short story writer Banaja Devi, during Annual Function of Jugashree Juganari, a women magazine of the state. Among others, editor of the magazine Mamata Mohapatra was also present on the occasion.

Congratulating JSPL Foundation, JSPL’s Group Head (CSR & Education) said, “JSPL Foundation believes that Education is one of the building blocks of the nation and thus considers it a priority area in its activities. Inspired it’s Co-Chairperson Shallu Jindal, the Foundation has as initiated several initiatives in the field of education with an objective to empower the community and promote sustainable development”. He thanked the Jugashree Juganari team for this award.

JSPL Foundation’s intervention in the field of education ranges from pre-primary to higher education, including skill training to youth. The Foundation has set up Seven English Medium Schools, known as OP Jindal School in Chhattisgarh, Odisha and Jharkhand. It has also set up an Odia medium school, DAV Savitri Jindal School, in association with DAV Group at Angul. In order to improve the quality education in vernacular medium school, the Foundation is supporting engagement of community teachers in primary and secondary schools in rural areas in these three States. The Foundation also assists the local schools in improving infrastructure and amenities as well as providing teaching learning materials to facilitate effective teaching – learning environment. In partnership with John Augustus Prison and Social Welfare Services, the Foundation has been providing learning material to the children of destitute Jail inmates in Odisha. At Barbil, it is providing nutritional support to Adivasi Vikas Samity, a tribal school benefiting more than 1000 students.

Besides, the Foundation also supports deserving meritorious students for higher education through OP Jindal Scholarship. More than 2000 students have been benefited by this initiative of the Foundation and are pursuing Higher Education, including that in Engineering. The Foundation also runs Five OP Jindal Community College – two in Odisha, two in Jharkhand and one in Chhattisgarh – to impart vocational skill training to youth. More than 200000 youth from India and about 25000 youth from Odisha have been trained at these Community Colleges and earning their livelihood respectfully.

Fire at slum in Odisha capital, over 20 shanties gutted