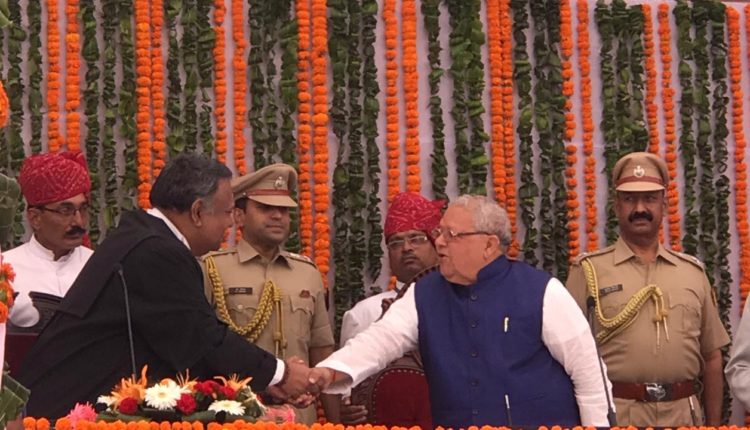 Bhubaneswar: Justice Indrajit Mohanty today took oath as the Chief Justice of Rajasthan High Court. He was administered the oath of office and secrecy by Rajasthan Governor Kalraj Mishra.

Mohanty, who is now the 37th Chief Justice of the Rajasthan High Court, took the oath in English.

WHO chief warns of risk of returning to lockdown

Among others, Rajasthan Chief Minister Ashok Gehlot, Assembly Speaker CP Joshi, members of the State cabinet and government officials were present on the occasion.

Justice Mohanty, a native of Cuttack, was elevated as the Orissa High Court’s Judge on March 30, 2006. He took oath as a Judge of the Bombay High Court on November 14, 2018.