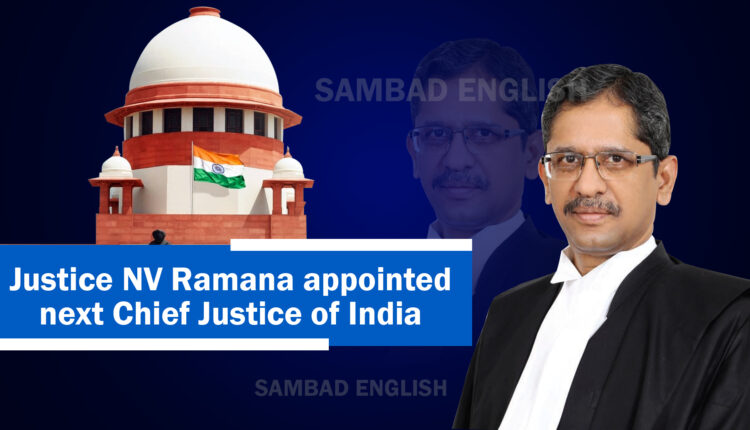 The term of CJI Bobde will end on April 23, following which Justice Ramana will be administered the oath of the office on April 24, 2021. He will have a tenure as CJI with over 16 months at the helm before he retires on August 26, 2022.

“In exercise of the powers conferred by clause (2) of Article 124 of the Constitution of India, the President is pleased to appoint Shri Nuthalapati Venkata Ramana, Judge of the Supreme Court, to be the Chief Justice of India with effect from 24th April, 2021,” reads an official notification.

Earlier, Andhra Pradesh Chief Minister Jagan Mohan Reddy had brought a complaint against Justice Ramana alleging that he was interfering in the state judiciary in politically sensitive cases. However, a confidential in-house inquiry of the Supreme Court dismissed the complaint terming it as meritless.