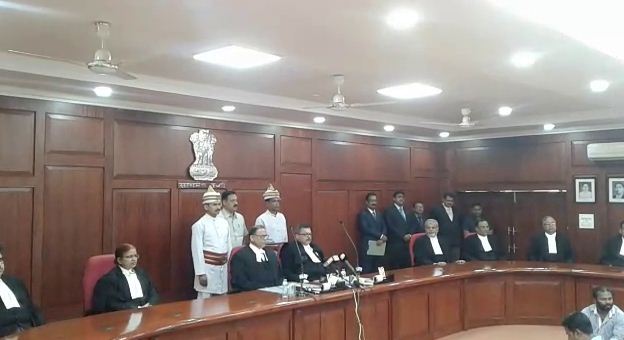 Cuttack: Justice Pramath Patnaik was today sworn in as the Judge of Orissa High Court. The oath of office and secrecy was administered to Patnaik by Chief Justice KS Jhaveri.

Justice Pramath Patnaik was earlier re-transferred to the Orissa High Court from the Jharkhand High Court.