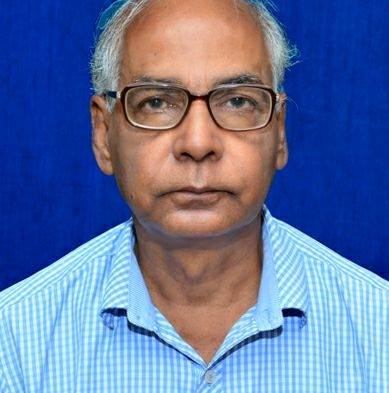 Death remains at the centre of nature and human life. Death always remains a mystery, relating to life and mortality. Nobody knows what was the past of a person before birth and what shape one will take after death. The biggest question that puzzles our minds: is death larger than life and does it annihilate life altogether? Ignoring death leaves us with a false sense of life’s permanence and perhaps comforts us to lose ourselves in the intricacies of daily life. By contrast, obsessive rumination on death, on the other hand, can lead us away from life and dampen and decimate spirit, urge and impulse of achieving something in lives.

But death is a great leveller. In death everybody is equal. Wealth, religion, caste, class, status, position etc., all become nonentity in death. No matter how rich, powerful you were, you just need a small piece of land for your burial. The summary of above is that in the course of life, death is one day going to strike everyone. It is a matter of time only. In other words, everybody will succumb to the inexorable journey of times. Hence, death is never a punishment. But death of a person becomes a punishment for his/her relatives who are alive as they feel the absence, importance of deceased person.

Honestly coming to terms with one’s death involves reflection on its significance in one’s life, and thinking about the larger values that give life its meaning. The death is often perceived as the highest evil: not merely because it sets an end to our life, but because it renders all we do meaningless. Allegedly it is for this reason that we need to do everything in our power to stop the presently inevitable decline of our bodies and to extend human lifespan indefinitely. But researchers use mathematics and cell science to conclude that the aging process and death are inevitable, no matter how hard you try. However, we must also ask whether life will inevitably become meaningless in an indefinitely extended life.

The true joy of living, however, comes from the surge in the human “power of striving” that accompanies the acquisition of knowledge, especially knowledge of oneself, truth of life and of one’s place in nature. Lives becomes meaningful, when it is dedicated for the benefit of others. This self-understanding is a kind of wisdom, and it fills a free person with self-esteem. It also liberates a free person from detrimental emotions such as hate, envy, jealousy, vindictiveness and moves him/her to improve the lives of others and treat them with benevolence, and magnanimity.

In all of this, the free person sees how such attitudes and behaviours are in their own best interest. The important thing is that how to live well, how to serve others better, how to help others in distress, finally how to lead an examined life, a life that reaches our highest potential as rational being and, just as vital, lessons on how to die—there can be no better guide.

Late Kailash Chandra Mohapatra who left this mundane world on 21 September 2021 lived a meaningful life that is worth emulating in term of sacrifice for families and immense sincerity shown in official life. Late Kailash Chandra Mohapatra was born on 8th July 1950 in Mohapatra Sahi of Mahanga’s Koshida village near the bank of river Chitrotpala, under Patkura Assembly constituency. He was eldest son of his parents — late Dhruba Charan Mohapatra and Saila Bala Mohapatra. He had two brothers and one sister. The writer happens to be his younger brother-youngest among all siblings. Another important acquaintance was that he was the blood relation of retired Indian Administrative Service (IAS) officer, Jnanpith Award winner, Padma Vibhushan, Dr Sitakant Mohapatra, and Dr Umakanta Mohapatra, retired principal of Ravenshaw Colleges (now University).

Late Kailash Chandra Mohapatra had lost his mother in early age and father little bit earlier. His father was a teacher and family was not financially strong enough to cope with all situations. So, he had to shoulder the burden of entire family and see how younger sisters get married and younger brothers get established. He did it successfully and sacrificed a lot as far as conjugal life is concerned. After doing post- graduation in Mathematics from Ravenshaw College, he had joined as junior administrative officer in Tile factory, Choudwar — a unit of Industrial Development Corporation of Orissa Ltd. He had worked in different units of IDC like Hira cable Works, Re-rolling mills, Sonepur spinning Mills, and finally retired as a senior manager of Bargarh Cement factory.

Late Kailash Mohapatra happens to be elder brother of this writer. The writer feels that his elder brother has greatest impact on shaping his life. He guided and inspired the writer as his father.  He had a great expectation from this writer to get a coveted job like civil services. But the author joining a public sector and not trying for higher jobs made him disappointed. However, the author fulfilled his expectation by emerging as a leading economist and columnist in Odisha. The author feels that, it was intense desire of his elder brother to see him achieving something extraordinary in life spurred to excel in creative activities.

Late Kailash Mohapatra was mentally very tough and uncompromising. The fear of death had never affected his lifestyle. He had great affection not only for his own children, but also other children, and used to praise others for their good qualities and successes. He was a benevolent, humanitarian, kind, loving, sympathetic, pious and spiritualistic person and involved in various religious activities. He was the embodiment of judiciousness, justice, sobriety and courage. He was instrumental in organising the Kharabela festival successfully. The author cannot forget his contribution and pay his respectful homage to the departed soul.