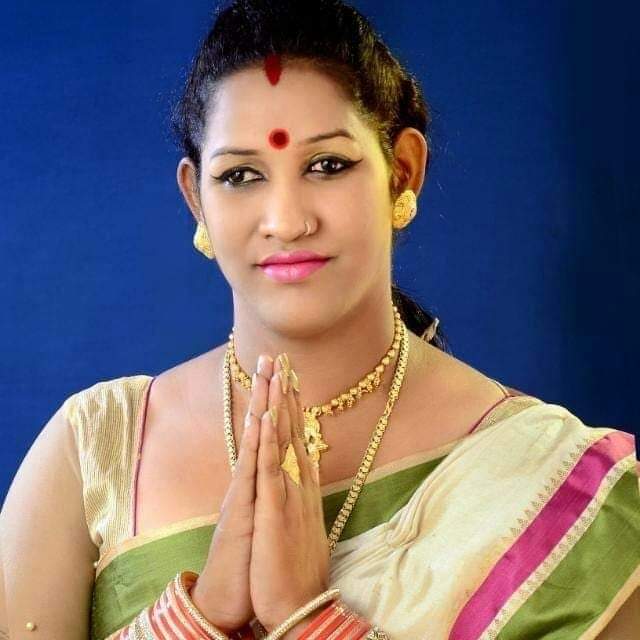 Bhubaneswar:  “For people like me, the public is my family,” said Kajal Nayak, a transgender, who will be the first in the ‘other’ gender category to contest the Assembly/ Lok Sabha polls in the political history of Odisha.

Kajal, who has appeared her Matric examination this year, will be contesting from Korei Assembly constituency in Jajpur district as a Bahujan Samaj Party (BSP) candidate.

Speaking exclusively to Odisha Sun Times, the 27-year-old transgender said: “I have been associated with the people from Jajpur area through social works for over a decade. Impressed by my works, I have been offered a party ticket by Krushna Chandra Sagaria (BSP Odisha chief) to contest from Korei.”

When asked what made her to join active politics, Kajal said, “I joined politics because I want to serve and help people better than what I have been doing.”

She is confident that her direct connection with the people will help her winning the election over money power. “I believe money can’t buy votes if one has the honest intention to serve the public and a desire to stay connected with them throughout the year.”

State BSP leader Krushna Chandra Sagaria said his party is continuously working for the betterment of the transgender community.

Transgenders appointed in COVID related jobs in this Odisha…

“As BSP believes in social empowerment of all communities, our party has decided to make Kajal Nayak as a candidate for active presence in the locality through social works. We want to bring the transgenders into the mainstream of the society,” said Sagaria.

Youngest among her six siblings, Kajal was born as Kuna Chandra Nayak to her parents at Goladia village in Chandbali block of Bhadrak district.

While studying in Class V, the then Kuna Chandra felt that she was more a girl than a boy and started wearing sarees only to incur the wrath of her parents and lewd comments from the fellow villagers.  Left with no options, a humiliated Kuna Chandra fled his house to board a train from Bhadrak and landed at Paradip.

While in Paradip, Kuna Chandra came in contact with other members of the transgender community who later brought him to Jajpur.

Kuna Chandra became Kajal in 2009 and resorted to begging for an existence on trains running between Jajpur Road and Bhadrak stations.

Kajal, who is the President of the Transgender Association of Jajpur, is very much active on social media has nearly 5,000 friends on Facebook, uses the medium to her advantage for her social service activities.

Already started her campaigning in the locality, Kajal considers BSP Chief Mayawati is her role model in politics. “The BSP believes in social empowerment,” she signs off.

I don’t choose characters, rather they select me: Padma Shri Pratibha Ray

Defections in Odisha pick up ahead of elections

Transgenders to collect holding tax from defaulters in…