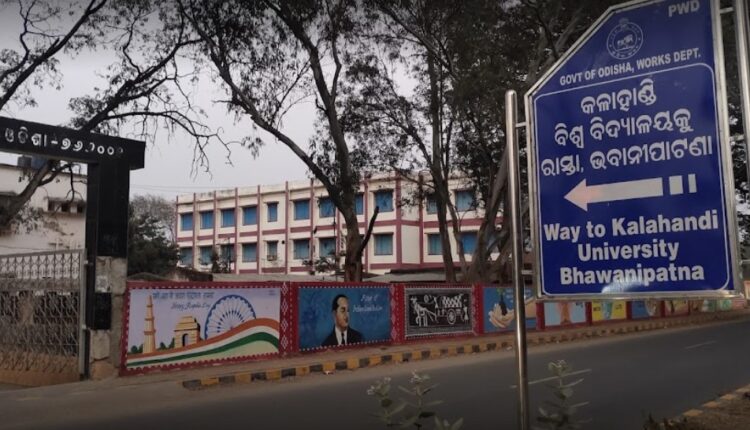 The name of the university has been included in the list Universities established as per section 2(f) of UGC Act, 1956 as maintained by the UGC on its website www.ugc.ac.in, the UGC mentioned in a letter to the Registrar of Kalahandi University yesterday.

With the UGC recognition, the Kalahandi University is now empowered to award degrees as specified by the UGC under section 22 of the UGC Act 1956 by conducting courses through its own departments, its constituent colleges and/or through its affiliated colleges in regular mode with approval of concerned statutory bodies/councils, wherever it is required.

The decision by UGC is expected to fulfill the hopes and aspirations of students in tribal-dominated Kalahandi district and areas adjacent to the district as well, tweeted Union Education Minister Dharmendra Pradhan.

The university can be eligible to receive Central assistance under section 12(B) of UGC Act, 1956 after submitting detailed information in a prescribed format to the UGC, he stated.

However, the state university will function with some restrictions:

That the university shall operate only within the territorial jurisdiction allotted to it under its Act and in no case beyond the territory of the State of its locations.

The University is not allowed to start any off-campus centre beyond the State of its location, as per the Supreme Court judgment in Prof. Yash Pal vs State of Chhattisgarh case.

The university should note and adhere to following rules:

2. To ensure that no programmes should be offered through franchising arrangement with private institutions.

3. To ensure that no study centre is opened through franchises by the university

4. In case the university has already started any off-campus/study centre and the centre operating through franchises outside the State, it must be closed immediately.

5. No open and distance learning programmes and online programmes shall be started without the prior recognition of UGC. Relevant UGC Regulations are available on the UGC website.

6. M.Phil/Ph.D programmes can be conducted as per the provisions of UGC Regulations 2016.

Worth mentioning that the Kalahandi University was established with effect from September 1, 2020, under the Odisha Universities Act, 1989 (Odisha Act 5 of 1989) as passed by the State Legislature of Odisha and vide notification dated June 11, 2020.

Man disguises as his girlfriend to appear for her exams

Govt to prioritise rescue of Indian workers from Afghanistan