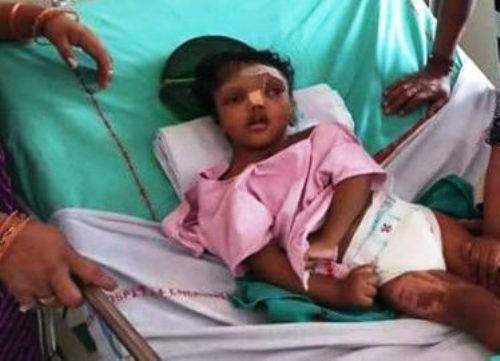 Reportedly, the hospital authorities have sought help of AIIMS New Delhi in this regard and asked them to send two doctors to monitor health conditions of Kalia.

“We have written to AIIMS administration and requested them to assign two doctors- Dipak Gupta and Rakesh Lodha for treatment of Kalia” said SCB superintendent CBK Mohanty.

Kalia was put on ventilator yesterday after he suffered from a chest infection.

Earlier On September 7, The twin brothers-Jaga and Kalia- had returned to Odisha after two years of undergoing treatment at AIIMS New Delhi and later admitted to SCB Hospital. A six-member team with specialists from neurosurgery, neurology, surgery and pediatrics department has been assigned to ensure proper treatment of the two at the hospital.