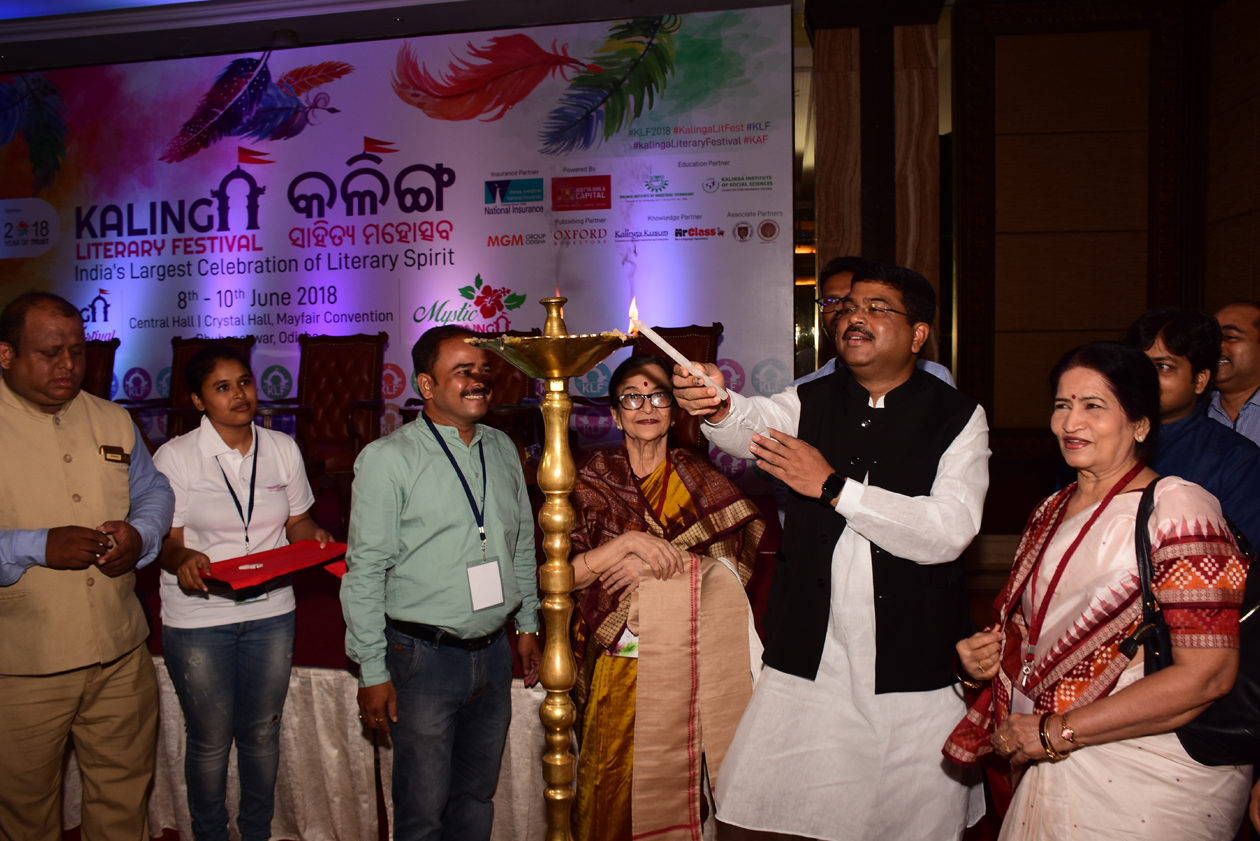 Bhubaneswar: The 5th edition of the Kalinga Literary Festival kick-started here on Friday in the presence of eminent personalities from Indian literature, politics, media, and public services.

Kalinga lit fest to focus on building a ‘just society’

He said the event could be a perfect opportunity to showcase the rich heritage of Odia literature and litterateurs.

“I propose that let there be a discussion on literary works of eminent Odia writers who have been felicitated with the National Awards. Let us discuss, appreciate, and critically analyse their works which will have an impact on many future writers,” the Minister said.

Pradhan also requested the writers present on the occasion to write about the rich Kalinga legacy.

The literature festival celebrates not just Odia but Indian as well as global literature through the presence of many non-Indian writers.

Amish Tripathy, famous for his Indian mythology books ‘Immortals of Meluha’ of the Shiva Trilogy, said: “Ancient Kalinga had a rich legacy and was influential in not just east India but entire India. This legacy must be retold to the new generations. As I have lived in Odisha in my early childhood, it has become my duty to write about King Kharavela to showcase the rich Kalinga culture.”

Pawan Varma, a former bureaucrat and writer, said that language is not just a medium of communication but also a carrier of an entire culture.

“If one is rooted in his or her culture, then it becomes easier to connect with others easily.”

He said that literature has to reflect the realities of life and not just the dreams.

“It is an open sky where each writer can paint his or her imagination without fear of being judged,” she added.

Another prominent Odia writer Pratibha Satapathy said that a writer may live in pain, but he or she gifts the readers a pleasurable feeling through the literary works and that is why literature should be celebrated.” She ended her speech with a beautiful Odia poem.

During the inaugural ceremony, eminent writers were felicitated for inspiring works in literary and professional world.

Young writers and poets from several districts of Odisha will be given the Kalinga Literary Youth Awards for excellence in literary fields during the literary festival. (IANS)

Set up panel to study temples’ management: SC to Centre

Odisha: Kalinga Literary Festival in Koraput to kick off on…