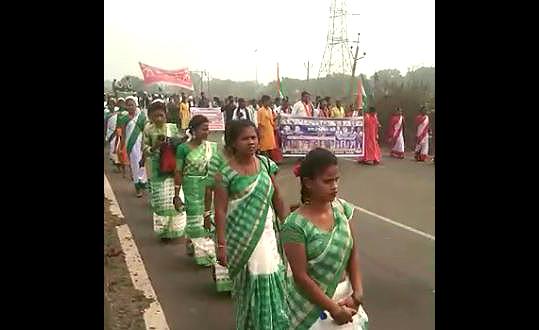 Hundreds of tribals including men and women congregated at the firing incident site near Champakoila of Jajpur at around 10 am. They worshipped and paid obeisance to their departed bravehearts near Sahid Stambh (a memorial) and took out a procession holding traditional weapons in hand.

The tribal men and women demanded land Pattas (Records of Right) for the displaced people.

It is pertinent to mention, police had fired at tribals while they were protesting against a project of the Tata Group on January 2, 2006 at Kalinganagar. As many as 14 tribals died in the incident.