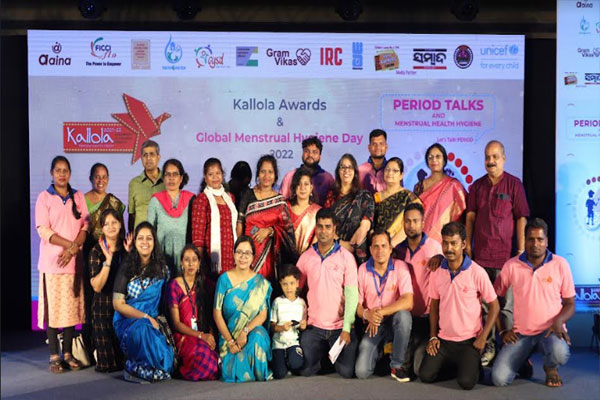 Bhubaneswar: On Global Menstrual Hygiene Day, UNICEF and its partner Aaina came together to showcase films, paintings and radio jingles on menstruation with an aim to promote more conversations around periods and eliminate the stigma.

The evening comprised of showcasing of the winning entries of Kallola’s flagship shortfilms contest, an exhibition of the winning paintings from the inter-college painting competition, the release of a music video ‘KaachaKandhei’ and radio jingles on the issue of menstrual hygiene and periods talk.

Speaking on the occasion, Dr Monika Nielsen, chief of Field Office, UNICEF Odisha said, “Despite being a natural physiological process, menstruation remains the least talked about topic. As a result, many women and adolescent girls suffer from various disorders and health issues due to lack of awareness on menstrual hygiene. Lack of knowledge and access to menstrual hygiene add to the number of adolescent girls dropping out school.  This puts a negative impact on their lives.”

“This year, film makers made films on periods as their entries for the Kallola Film Festival. Several among them were thought-provoking and challenged stereotypes. We hope the films will be widely disseminated and help in changing mindsets,” she added.

Appreciating Kallola as an initiative and its theme for the year that stressed on menstrual health & hygiene, Mayor of Bhubaneswar Sulochana Das said,“ Communication is key and films are very powerful medium to reach out to people.”

Moreover, IAS Yamini Sarangi, who is also MD of OSMCL said,  “The government of Odisha runs one of the largest free sanitary napkin distribution programmes called ‘KHUSI’ distributing around 18 crore napkins annually to more than 17 lakh beneficiaries.  Programmes like ‘Kallola- 2021-22’ are excellent initiatives advocating for awareness around menstrual hygiene and dispelling all myths and taboos associated with such a normal and natural biological process.”

Later, Odia actress Anu Choudhury said, “There is still a silence about periods in our society. Lots of taboos and myths around it become barriers towards maintaining hygiene and also in accessing right information. It’s time to break the silence and talk about periods openly in the family.” 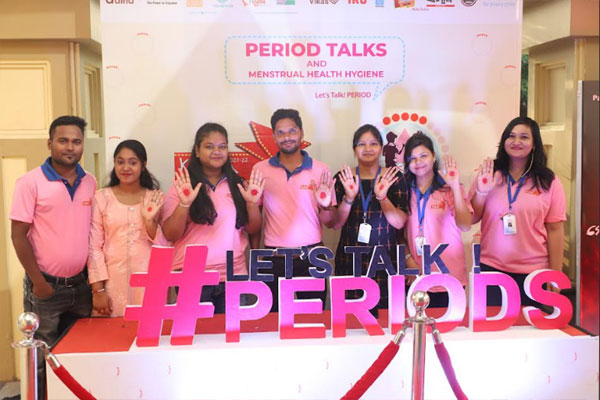 Veteran singer SusmitaDas, who also lent her voice for the music of ‘KaachaKandhei’, shared her pride in being associated with a social cause like this.

Tanaya Pattnaik, executive director of Sambad Group, said, “Highlighting issues about girls is prime and everyone should celebrate menstruation. It is nothing to be ashamed of and I really appreciate the messages given through the paintings and these films.”

Dr Pratibha Singh, WASH Specialist at UNICEF, New Delhi said, “Periods are not a disease. They are a critical part of our reproductive cycle; let’s commit to making periods ‘normal’ for all women and girls… #WeAreCommitted.”

Sneha Mishra, Secretary of Aaina, then expressed her gratitude to the guests, filmmakers and artists whose contributions made the event successful.

“We were worried about the kind of films we will receive as menstruation is such a sensitive subject but the wide variety of content we received gives me a positive outlook for the future. Each film highlights issues for children. Global Menstrual hygiene Day is a befitting day to award the winners and also release the paintings, radio jingles and the music video as added tools to create awareness on the issue of menstruation along with the films,” she said.

Later during the event, winning filmmakers of shortfilms and artists of painting competitions were awarded by the guests.

The event was compered by noted anchor Sulagna Routray and Ghashiram Panda, EC member of Aaina. Smriti Mohanty, programme manager, offered the vote of thanks.

How five countries are reviving biodiversity in unique ways

Book HSRP for your vehicle registered in Odisha from this date