District Welfare Officer (DWO) Seemanchal Behera informed that the hostel matron Ranjita Kanhar has been suspended and three others – the headmaster, hostel superintendent and an ANM have been served show-cause notice 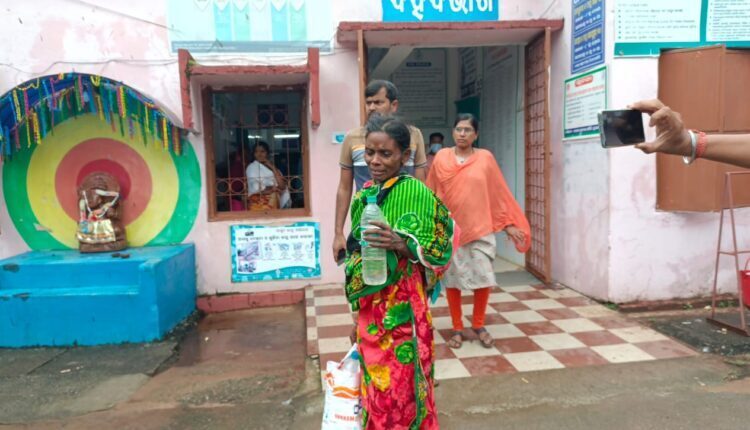 G. Udayagiri: A day after a Class 7 tribal girl died within 24 hours of giving stillbirth in G. Udayagiri of Odisha’s Kalahandi district, family members of the deceased took to agitation blaming the district administration and doctors for the loss in Belghar under Tumudibandha block of the district today. Shouting slogans outside Belghar police station and demanding compensation today, the aggrieved family members along with villagers alleged that medical negligence and callousness of authorities led to the minor’s death.

As tension prevailed, additional tehsildar, Tumudibandha reached the spot and persuaded them to conduct the last rites of the deceased. As per reports, the administration provided Rs 50,000 compensation to the family members and assured that a matching amount will be paid in the coming days.

Meanwhile, Kandhmal District Yuva Morcha of BJP staged a protest on the day, demanding stringent action against the erring employees of the residential school.
A delegation led by its district unit president submitted a memorandum to Collector Ashish Ishwar Patil pressing for a high-level probe and appropriate action against those involved.

As per reports, a delegation and fact finding team led by BJMM State President Smruti Pattnaik, Ex Minister Surama Padhy and Rasmimayee Pattnaik are on the way to Baliguda. They will meet deceased family members and local administration.

On the other hand, the District Welfare Officer (DWO) Seemanchal Behera informed that the hostel matron Ranjita Kanhar has been suspended and three others – the headmaster, hostel superintendent and an ANM have been served show-cause notice based on a probe by Baliguda Sub Collector Subhankar Mohapatra.

The minor girl, a Class 7 student in residential Rangaparu Government Girls’ School, was found pregnant last month. She was housed at the Seva Centre in G. Udayagiri after treatment at Berhampur’s MKCG. On October 5, she developed labor pain but by the time, ambulance arrived, she had given birth to a baby boy who was later declared dead by the doctors at the CHC. While she was undergoing treatment, her condition suddenly deteriorated the next day. Doctors refereed her to the district headquarters hospital at Phulbani but she succumbed by the time ambulance was arranged.

Thousands of crores spent on media to shape me wrong: Rahul Gandhi