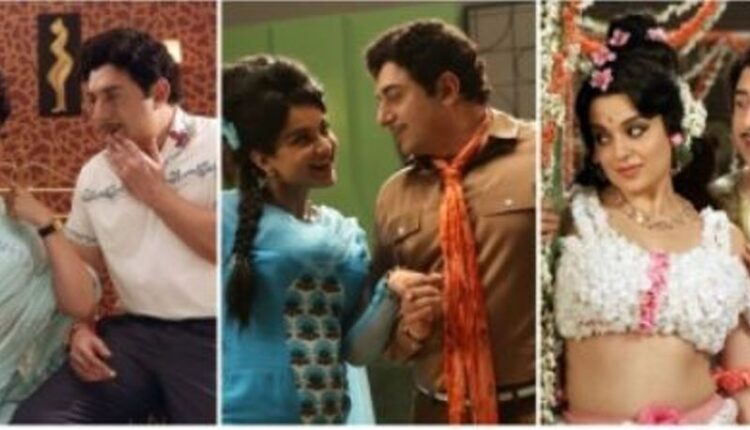 Mumbai: Actress Kangana Ranuat, who will soon be seen playing the role of late Tamil Nadu Chief Minister Jayalalithaa in her biopic ‘Thallaivi’, will release a new track ‘Teri Ankhon Mein’ from the film on Monday.

The song pays tribute to the iconic politician and former film star.

The makers of ‘Thalaivii’ have recreated four iconic original songs of Jayalalithaa and MGR; and brought them together in this one track.

Talking about the songs, Kangana says: “Jaya Amma’s songs are significant because they are part of pop culture. This song is an amalgamation of those tracks. Jaya Amma and MGR gave 60 to 70 songs together. They worked together for decades, but we had to crack it in the span of four days. In a day, I would go through several looks and hairstyles. I wanted that magic to be authentic.”

Revealing the experience of shooting the song, while also gearing up for the latter part of the film, Kangana said, “In her younger days, Jaya Amma had an hourglass body. But we were on the brink of shooting the second hour of the film. My director took it upon himself to make sure I was well-fed. His mother’s handmade meals are brought in three tiffins.”

Directed by Vijay, ‘Thalaivii’, is set to release in theatres worldwide in Hindi, Tamil and Telugu by Zee Studios on September 10.

These three things you must do to lose body fat